An open letter to those opposed to keeping Bouwmeester

Share All sharing options for: An open letter to those opposed to keeping Bouwmeester 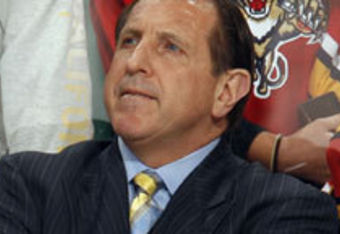 Tough day for JM any way you slice it.

I've seen on several MSM and blogger message boards - after 3pm today - posts from a number of folks saying that the Cats would have gotten to the post-season with or without Bouwmeester.

I'm not the All Seeing Eye, but I had not heard that claim from anyone, posted anywhere, before four hours ago. In fact, I was rather taken aback by it all, surprised in the fact that no one had said it previously. Suddenly it was an obvious statement.

It's easy to understand why hockey fans not familiar with the inner workings of the organization - or more importantly, the local market - find it difficult to grasp the complexity of Alan Cohen's accountants Jacques Martin's decision.

South Florida is a fickle market. Technically speaking, it is three large counties: Palm Beach (West Palm/Delray/Boca Raton), Broward (Ft. Lauderdale), and Dade (Miami). Collectively, it is a large population center. But again collectively, it may well be the most diverse stretch of highway in all the United States. Without thankfully getting into a further geographical discussion covering ethnic sub-genres and niches, let's simply say the area is a melting pot. A whole lot of these folks arrived within the last thirty years. And in many cases not from north of the Mason-Dixon line. Due to this, the distinct market for specific sports is a blurred one.

The Dolphins, of course, have a built-in fanbase, cultivated over many decades and therefore is almost never a challenge in which to to sell interest, no matter what happens on the gridiron, and football is beyond all question the national pastime. End of exception.

Whether the subject is pro hockey, pro basketball, or pro baseball (hell...throw in pro soccer in Miami where one might it expect it to be a smash hit), the line of distinction between "success" and "failure" is a very fine one. The outreach efforts of your organization must be incredibly broad, including people that truly believe in the stereotypes of hockey (if they've ever heard of it).

Only one thing brings folks to games down here: winning. Bandwagon? Absolutely. So sorry. We can't all be Toronto.

Start winning, and the sterotypes - at least locally (i.e. In The Market) quickly melt away. The Heat were the best thing since high speed internet when they began winning consistently a couple of years ago. The Marlins are competitive, and locals come out for the games late in the year (honestly...who wants to sit - outdoors - in Joe Robbie Dolphin Stadium in August on the edge of Miami? A significant factor.)

For the Panthers, Rats are being thrown during games once again (not on the ice, sadly). Friends who fish and hunt and surf come out of the woodwork and have begun asking how to <strong>purchase</strong> tickets. Radio stations are talking up the games. Coworkers inquire on a daily basis how "their" hockey team did last night. Sounds elementary, right? Not here. Never happens. There are numerous examples of why this is huge. But my point is simple (if a little too drawn out).

The club needs to remain intact through the end of the year. They're winning with what they have. Why change it?

This must be looked at as more than your standard managerial deal. Yes, Atlanta bombed out two years ago simply pushing to get to the postseason, and have paid for it dearly ever since. But keep in mind: that club's management and ownership has not been viewed as a pillar of integrity and stability in a long time...if ever. Been spinning their wheels for years with no sign of letup.

The Panthers desperately need the advertising revenue, season ticket renewal/new sales revenue, and most importantly the local attention so vital to securing a footprint in these incredibly varied communities. 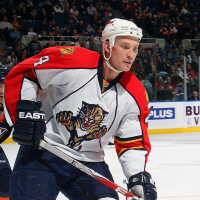 I'm of the school of thought that says the Cats may well have made the playoffs without Jay. But why risk so important an event for this franchise when everything else - teamwise - is firing on all cylinders? If Pete DeBoer believes Bouwmeester is an integral part of his club - this year - then by goodness keep him in the lineup if it meets everyone's goals, short of a colossal trade offer.

Bottom line: they NEED to get an eighth seed or better; outside of the diehard fans, the local market <strong>couldn't care less </strong>who plays for them if they aren't piling up "W"s in the morning paper. Lame though it may sound to fans of established clubs, that's just the way it is here.

Foolish though I may prove to be, JM has done right by the market...and his employer. We'll worry about next year come training camp in September.

And hope to hell the Florida Panthers make the playoffs in April.