Share All sharing options for: Litter Box Liners and notes for Monday 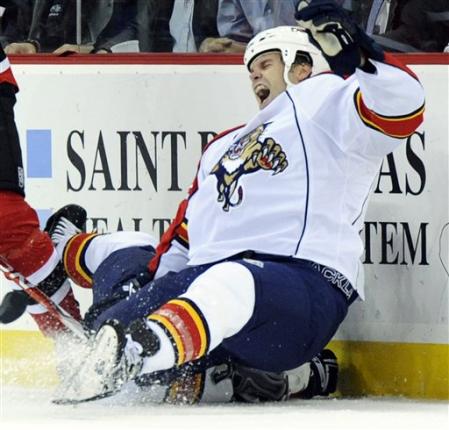 Yuck. Or something similar.

No. Help. Whatsoever. That is what Florida received from around the conference last night. But brighter days are ahead, as the Panthers take on the Penguins - winners of six straight - at the Igloo. Yeah!

Nothing less than fully earning a playoff spot is what's ahead. And I'm pleased that is the case.

Years ago in Hartford, Whalers fans were more often than not handed a playoff spot thanks to the tremendous suckiness and matress-like performance of le Nords. With Quebec miles outside the post-season picture, The Whale could begin printing playoff tickets in December. Outside of 1987, they never really earned it.

Thus, it's refreshing to see a gunfight in the conference which hopefully continues to the end. The ups and downs have been startling.

Unfortunately for Cat afficionados, Pittsburgh, Montreal, and the Rangers won last night, tightening up the bottom eight to a razor-thin one point. Nuthin's easy.

Anyhoo...what's on tap tonight and who to pile on the hate, on a quiet evening in the Eastern Conference: 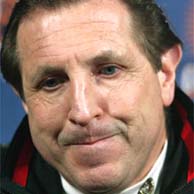 General managers from across the league will be carousing in Naples from now through Wednesday. Had I the opportunity - and the notice - I would have headed over and stalked the hotel. A bourbon and water with Brian Burke could be sweet. More to come on the meetings later.