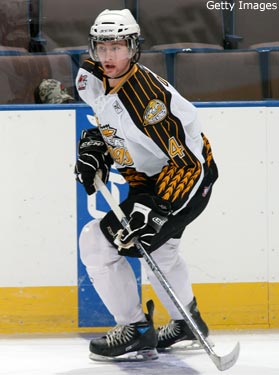 Brandon Wheat Kings defenseman Colby Robak, a 2008 Panthers 2nd round draft pick, was given WHL Player of the Week honors. From Our Sports Central:

A bit more on the young D-man from Dauphin, Manitoba in a pre-draft video profile from June of 2008:

It appears Robak has himself a bit of a following, as well.