Share All sharing options for: Florida Panthers Liners': Thrashers (somehow) show Panthers they're not ready for The Game, Cats lose 3-1 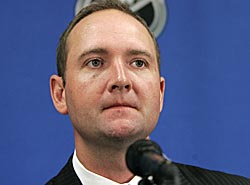 Full big-time credit to Coach Pete, but perhaps next season is more realistic...

Couldn't beat a non-playoff team. On home ice. We're perilously close to Hartford Whalers territory here. Discuss if you must...

OK, I'll discuss. Witnessed was a professional team not nearly prepared for the challenge ahead of them. Yes, the Thrashers were the "challenge", but the visitors met it and laughed it away, like some sad joke from a bad movie. It was written in stone before the game began; one could see it clearly prior to the first puck drop.

The Florida Panthers most likely kissed off their miniscule playoff hopes this evening. I'll save the kudos designated for an overly-successful organization for another day. One of the dubious responsibilities of holding court over a blog of this sort is writing the team's obituary.

As we fans soak this up, shower in it, and wipe it squeaky clean, I only wish to proclaim, from my makeshift soapbox, that the Cats had every bit of talent and coaching to make the postseason. A bit more consistency and the boys in blue (or white) would be clinging to the fourth or fifth spot.

Could they have gone far? Most likely not. But one never knows. There are a few proven winners among this squad - well, Stillman - and who's to say what he may accomplish in the dressing room at a most opportune moment.

Bottom line: Panthers lost, and with all due respect to the opposition, they should not have. George Richards of the Miami Herald said a week ago that the Panthers don't deserve a playoff spott if they crumble under Thrashers weight.

They did, and he's right. 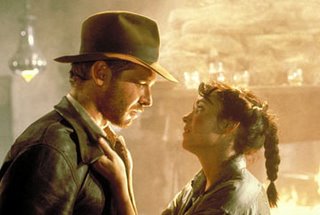