Another spring sails on featuring the rough-and-tumble Panthers Detroit Red Wings taking on the lean-and-hungry Panthers Pittsburgh Penguins in the most glorious of championship battles in all of sport: the Stanley Cup Final.

The old proverb goes something along the lines of: you can't spell "Red Wings" without "win".

Nor can "Penguins" be correctly constituted minus "uins".

A bit of a stretch? Definitely. Does it matter in Sunrise? Not in the least. And we can't even ride the coattails of Gary Roberts this time around.

Now that semantics are out of the way, we here at The Box wanted to remind our Illustrious Twelve of game one of the Stanley Cup Final tomorrow evening.

Everyone loves a juicy subplot, and who can argue with the simple guilty pleasure of Marian Hossa's playoff return to the Igloo next week? This single upcoming moment has been covered to death, and rightly so.

Hockey has always been about more than just the individual game itself. This is yet further shining evidence of that theorum. Who at this stage cares about special teams and goaltending deficiencies? As a fan of neither club, it's all about the story within the story for me.

This is not Pens vs. Wings. It's Pens vs. Hossa. If the league and cable networks wish to capitalize on it - and they will - all the better.

Count Whale4ever among those pulling - sorry Christie! - for Pittsburgh in six. New blood keeps it fresh for everyone (with the exception of a few fans and even fewer octopi in Detroit).

Franzen and Datsyuk. Crosby and Malkin. Pike and the Enterprise. Sorry.

Previews of the 2009 rematch abound from virtual-coast-to-coast at SBNation, but we'd be remiss in not steering our loyal Panthers community to the two blogs dedicated to celebrating these finest of hockey's crowning moments: Winging it in Motown for the, um, Wings, and Pensburgh representing, well, the Pens. Or the little town in upstate New York founded by Bic. One or the other.

Masters of the Obvious we here strive to be.

For more varied and less ridiculously-biased opinions keep poking around all of the SBNation hockey sites; enlightenment at every turn.

As promised, enjoy the snacks: 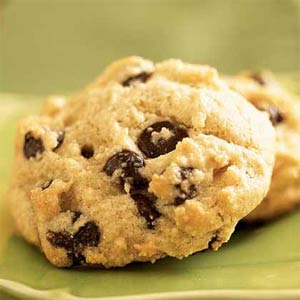