Share All sharing options for: Panthers Links-of-Wonder for Saturday 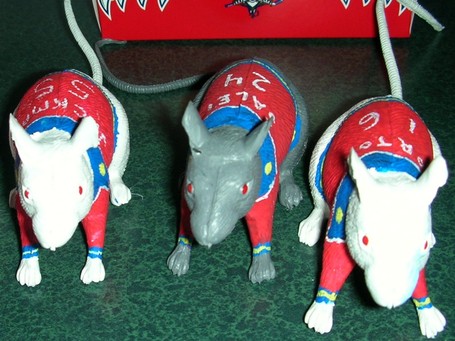 The weekend's upon us...most likely the final weekend of Jay Bouwmeester's employment with the Florida Panthers.

Where will he end up? What will the Cats get in return for his rights? Why does Miracle Whip have those little red dots in it?

Florida ($38 million, 13 players): The Panthers will have to reload on defence. They have only three defencemen under contract and will have to replace Jay Bouwmeester and Nick Boynton.

W4E say: He's dead on. Consider that Bryan McCabe, Keith Ballard, and a very rusty Bryan Allen are the Cats' Wall of Incomplete Dreams going into free agency. Even Steve Eminger's an RFA.