Florida Panthers free agency : Wants and Needs for next season

Share All sharing options for: Florida Panthers free agency : Wants and Needs for next season 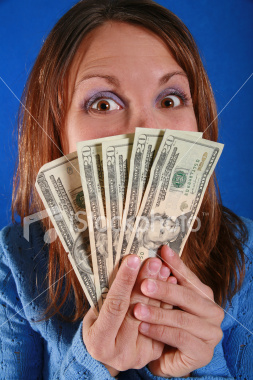 As we're all less than painfully aware, Wednesday is the start of unrestricted free agency in the NHL. Anyone who has followed top-tier hockey over the past few years has inevitably been bitten by the UFA bug. And if you haven't, you don't know what you're missing - online. A scan of the news websites the next day just doesn't begin to recall the drama as it plays out. Overhyped? Yep. Does the end result equal the skipped heartbeats and hours of work lost? Absolutely. And if only your "refresh" button could talk. Not to mention your computer's CPU...screaming from the precipice of hell to not open Any. More. Windows.

Pundits galore...from every media outlet. Bloggers come out of the shadows to strut their best stuff. In many ways, UFA Day rivals the Trade Deadline. Not in it's immediacy, simply that a semblance of hope (or not) for your particular team's season-to-come is being established in real-time.

Who can forget such adventures in mismanagement as two summers ago...which will probably remain the benchmark for managerial stupidity for years to come. How else to explain B-listers such as Briere, Smyth, Gomez, and Drury getting showered with A-list dollars for collective decades.

And now? Despite denials, they're all on the market, virtually untradeable. The halcyon days of pre-lockout salary madness had returned, in all their glory. Can't blame these guys for grabbing the coin. Not their fault. But the psycho inmates running the clubs who had offered up the farm are scrambling to undo the damage (in Colorado's case, it's a cleanup). And it ain't easy.

Lots more after the jump...

The Panthers - represented by Assistant GM Randy Sexton (give him the stinkin' job!!!) - will be going into Wednesday's action with a thoroughly researched list of candidates targeted for acquisition by the organization.

The last few years have seen the team sign what some have deemed - a few not unfairly - "spare parts": Radek Dvorak. Richard Zednik. Crosby punching-bag Brett McLean. Josef Stumpel. Roberts and Nieuwendyk. Eddie Belfour. Cory Stillman is unquestionably the highest-profile UFA signing in four years by Florida, and the Martin Administration never once marketed him as a savior, which is about as honest as fans could have expected.

The Cats made some tremendous progress in 2008-09, not the least of which was seriously closing in on the playoffs (losing out in a shameful-to-the-league tiebreaker with Montreal), gaining their most points (93) since Pavel Bure's time in Sunrise, and improving attendance, visibility, and respect. Not the least of which had a heckuva lot to do with coach Peter DeBoer (cue angelic hymns).

Now that the Bouwmeester elephant has been banished, what are the club's goals for Wednesday, and who do they take a run at to fulfill them? Let's look at where they are now.

As the roster stands for today, these players are signed through the upcoming season (note info is NOT updated since a week ago, but I have altered it for our purposes), by position (we'll discuss possible additions afterward):

Need to score a center?: Yes...the indisputable Number One.

Need to score a winger?: Yes. Unless McArdle and Glass blow it all up at training camp, the club must secure at least one "scoring" winger. Repik is a lock for the team in any case. Booth will return.

Need to score a defenseman?: Maybe. As it stands, we're staring at the following defense (if the presumed signings are made): McCabe, Allen, Ballard, Emmy, Skras, Leo, Ellerby. I'll go out on a limb and guess the Cats will pick up another D-man as insurance in case Ellerby isn't quite ready for prime-time.

Need to score a Goalie?: Oooooh yeah. A big area of concern - and the headaches must appear nightly for Sexton - Andy's proclaimed his desire to be a starter. No matter what the final outcome in the Vokoun-Anderson "battle", the Panthers will need a backup goaltender. In the system, only Beckford-Tseu has NHL experience. We'll be kind and deem it "limited". Shantz and Plante are strictly minor league, and will most likely remain as such. Forget the sensational Jacob Markstrom...he's a year away.

WHAT SHOULD THE PANTHERS DO ON WEDNESDAY?

Here's the drill: the Cats need a full-on Number One center, "scoring" winger, and backup goaltender. The defense is OK for the moment, though they will probably make a run at someone in that position; God Bless Jassen Cullimore, but his time is past. Options? Glad you asked...

While the likes of a Sundin, Sakic, or Koivu may be sexy and attractive, it's on a big-name basis only. Sakic (39 years-old) is Colorado-or-retirement home, Sundin (38) will go where his mind and financial advisor decide come January, and Koivu (an old 34) - for all his heroic goodness - is injury-riddled. A number of folks just below that range are either staring at hanging up the axe or stringing it along in the KHL. Or they are simply not number-ones.

Considering the Panthers' needs, names such as Mike Cammalleri ($3.6M in 2008-09) and Henrik Sedin ($3.58M) are the standouts, unless Todd Marchant is suddenly, miraculously in the "standout" category. Cammy is the only realistic option for Florida as far as number-ones go. Sedin will require a double-shot of salary cap insanity, given his brother - no slouch, but no cheapie either - must be included in any deal.

Panthers target: Mike Cammalleri. Presumably done with Calgary (whether he wishes to be or not; the Bouwmeester juggernaut will do him in), the best all-around center on the market should be a priority for Sexton. Previously played with current Panthers UFA Jordan Leopold.

A duo of Marians (Hossa and Gaborik), Alex Tanguay, Martin Havlat, and Daniel Sedin head up the list of top-line wingers going into 2009-10. Florida is balanced enough with multi-role wingers to adapt to whomever may be signed, so whether a lefty or righty, the point is moot so far.

Hossa will remain in Detroit long-term, Gabby's market value is decreased by his injury-plagued past, ditto Havlat (who will likely remain in Chicago). This leaves Tanguay and Sedin.

Unless Florida goes for absolute broke and bets the farm (and animals, and tractors, and barn mortgage) on the Sedin twins, Tanguay is the man.

Panthers target: Alex Tanguay. Long rumored to be the other side of a Jokinen deal while with Calgary, Tanguay has put up serious numbers over his career, though his recent stint in Montreal was a complete bust (then again...41 points in 50 games on a train-wreck?). Previously played with Steve Reinprecht.

Can't be clear enough about this: everything hinges upon Panther management's direction in regard to the starting goalie position. Vokoun's got two years left on a huge contract. Andy's a UFA and pining for a starter's role. Worlds are colliding.

If Vokoun is dealt: Anderson is re-signed and becomes the starter. If Andy leaves via free agency? T-Vo remains in the driver's seat. No matter what, the Cats need a backup.

Panthers target: Scott Clemmensen. I'm ignoring - completely - the Khabibulins, the Fernandez's, and the Gerbers of the world. Florida will require a backup. Plain and simple. Ty Conklin, Antero Niittymaki, and Martin Biron are all capable 'tenders, but among them the entire bunch, none made the impact that Clemmy thrust upon the hockey world with New Jersey when starter Martin Brodeur went down this season. At 25-13-1, the guy deserves better than the paltry $500,000 he received. Don't lose sleep: he'll get a lot more. This is one raise the Panthers must afford.

Florida's not the only club in the region with needs. A peek around the Southeast Division...

What do they need? Everything. Seriously. Great coach. Great assistant GM. Great player who happens to be an average captain. Uber thin after that.

What do they need? Defense. With Seidenberg, Melichar, and Tanabe all up for UFA dollars, the Canes will need an injection of talent at the blue line. Or bodies. Whatever fits into the salary structure.

That's what makes writing about this division so awesome: Not only do we have the Thrashers (though behind Dudley they won't suck forever), but also the Lightning. Let's see: best defenseman, Cory Murphy, is a UFA. Seen Stamkos Hedman?

What do they need? Defense. The sad part is they're not even really losing anyone other than Marek Malik.

What do they need? Forwards and toughness. With the loss of Sergei Fedorov (potentially) and Viktor Kozlov, the Caps need their kids in the system to step up. Donald Brashear's been patrolling the blueline for a while. His absence, if he chooses to sign elsewhere, will be keenly felt.

Whatever course Sexton's Cats decide to follow, it's gonna be an interesting few days. Be sure to check in on Wednesday for the UFA live blog from a Panthers perspective, starting at 11 am. I'll be doing the heavy lifting, so no worries.