Alex Tanguay to the Florida Panthers ? Not so fast...

Share All sharing options for: Alex Tanguay to the Florida Panthers ? Not so fast... 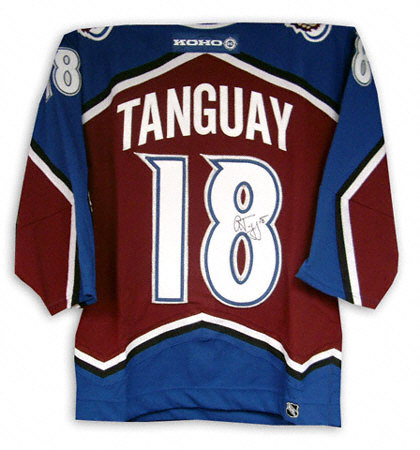 From HockeyBuzz's "Eklund" (and bear with me on this...I know the score with that byline):

Sources have told me that Alex Tanguay has inked a deal with the Florida Panthers. There is a bit of confusion around this signing still... ...Tanguay has been calling teams and his agent has been calling teams. I know this for fact to be 100% true and some of the confusion as well the length of time before we get 100% confirmation on this deal are tied to this circumstance.

However, I was told by a team that was in the running that Florida had him and it was official. Some other teams in the running have not been told but are saying that they aren't surprised with one GM calling Florida's deal, "By far the best deal out there from a monetary perspective.."

For the record, here's the link...and enjoy the message board responses.

I certainly hope Tanguay's been getting a discount from his agent, seeing as they're both working the phones equally.

Whatever. I'm not going to bash Eklund (plenty of room for that elsewhere, and the Lord knows he's earned it over the years).

All of that said, the rumor eventually worked its way up to the highest levels at One Panther Parkway, who has since denied the "report" via The Sun-Sentinel's Steve Gorten:

Internet reports that free agent winger Alex Tanguay has signed with the Panthers apparently are not true.

Slow news days tend to have this result during the summer, and with Tanguay being the (realistically) highest-profile player available, he was bound to be tied to one of the clubs in the running for his services.

Personally, I believe Florida is a favorite to land the high-powered forward, and presumably a number of other observers likely feel the same way, so it's not a ridiculous premise. The Cats have the coin to make such a move, and are under no misconceptions about the need for a scoring winger, particularly on the left side.

Besides, Sexton already played the "Remote" card once before with Jordan Leopold; he could easily employ this strategy again.