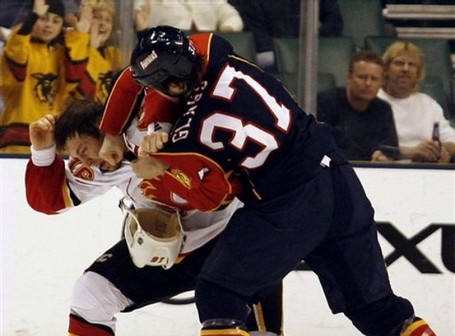 
The minor leage dominoes continue to fall, as forward Tanner Glass accepts a one-year, two-way contract offer from the Vancouver Canucks. He was not tendered by his former club.

Glass will presumably be spend a healthy amount of time with the AHL Moose. A ninth round pick of the Panthers in 2003, he split time over the past two seasons with Florida and Rochester.

I thought this kid had a future with the organization; he appeared to be a favorite of former coach Jacques Martin (witness 41 games played with the big club in 2007-08), but the remnants of that administration are rapidly dwindling.