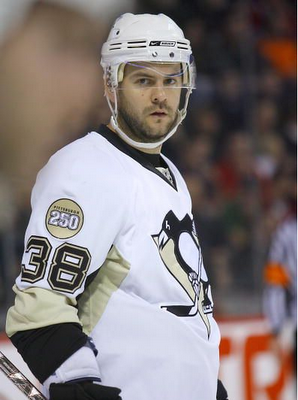 "Jeff is a focused, driven and hard working player who we are very pleased to have join our organization. He posted career best numbers last season while playing for Wilkes-Barre, but has also shown that he can play in the National Hockey League. We expect him to compete for a position on our team in training camp. "

Probably bigger news for fans of the Amerks (74gp 25g-50a-75p with Wilkes-Barre/Scranton in 2008-09), center Jeff TTaffe has been signed by the Cats n a two-year deal.

The guy's done his time around the AHL, but has spent considerable portions of the past six seasons bouncing between leagues, totaling 153 games in an NHL uniform.

Taffe's inclusion brings the number of American-born players in the organization to 17, which I'm guessing is a team-high, historically (if I'm wrong please let me have it in the comments).

So...a prudent depth move, or does Sexton really have designs on Taffe making the big club? And who will he supplant? Greg Campbell? I find that hard to believe. Certainly not running out Reinprecht or Weiss. Could this open the door for a Matthias debut, filling the potential hole left in Rochester?