OFF TOPIC: Perseid Meteor Shower continues tonight; have you checked the children?

Share All sharing options for: OFF TOPIC: Perseid Meteor Shower continues tonight; have you checked the children? 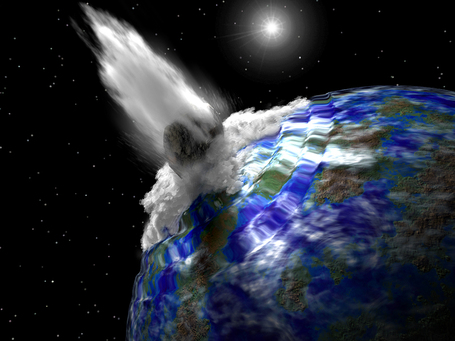 From a quiet, non-light polluted spot, you might just see this.  And then? Not much else.

A little late to the game, but I'd be remiss in not passing along the annual(?) Perseid Meteor Shower, now playing in a sky near you.

Always a grand spectacle, the Perseid Shower - soap and loofah not included - is best viewed between midnight and 5 a.m. in most portions of North America. Theoretically, last night was the primo date, but this evening should prove stellar (get it?) as well.

So get out the deck chairs, OFF!, and Nintendo DS for a long night of star gazing and cleaning up after yourselves.