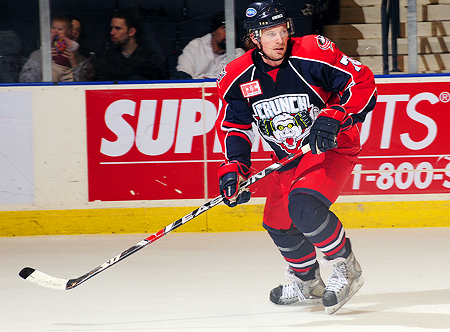 Employing a safety-valve in the event the Panthers raid the Rochester ranks after training camp, the Amerks made a sly deal by signing longtime former NHLer Mike York to what's believed to be a one-season, "AHL-only" contract.

Still only 31, and following up a sterling year in Syracuse, York will look to use this opportunity as a jumping-off point to a revived major-league career. From the Rochester Democrat and Chronicle's Kevin Oklobzija:

"The AHL-only contract means York could sign with any NHL team during the regular season. That’s obviously his hope; to use this season with the Amerks to prove he’s still NHL-worthy. He’ll be surrounded by some very talented forwards, so it could happen. However, the Amerks made sure that they will retain his AHL rights if he does sign an NHL deal."

A subtle shift in a positive direction for Rochester hockey fans, as a revamped (or more honestly re-shuffled) management staff has done some solid work over the past few months. These ain't last year's Americans.