Versus NHL broadcast schedule released; Panthers add none, lose none

Share All sharing options for: Versus NHL broadcast schedule released; Panthers add none, lose none 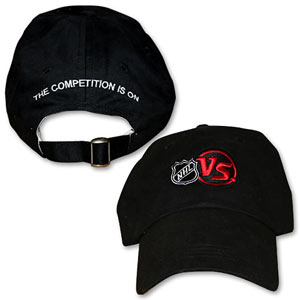 Thank goodness for the Helsinki Shuffle, 'cuz that's the only appearance the Florida Panthers will make on Versus this season.

Fire up the stomach illnesses and headcolds now, for Friday, October 2nd features a double-header of National League goodness from Europe. At noon, the Cats take on Chicago in Finland, followed at 3:00 pm by Detroit and St. Louis from Stockholm, Sweden.

And that, ladies and Gents, will be the first and final appearance by your Panthers on Versus until April. Really shouldn't complain; it's a terrific opportunity to get the club's name and players out there before a true multinational audience. ON A WEEKEND. A Friday afternoon? Not so much. I'm stoked nonetheless.

Last season was no different; Florida was featured in a game against Montreal, and that was that.

VERSUS’ 2009/10 regular season schedule highlights some of the most exciting games of the season with the Chicago Blackhawks, Detroit Red Wings, New York Rangers, Philadelphia Flyers and Pittsburgh Penguins all making a season-high eight appearances on the network.  The Washington Capitals, Boston Bruins, Buffalo Sabres and Minnesota Wild will each appear seven times this season.

If nothing else, Minnesota's seven(!) appearances could serve to provide a bit of hope to us out on the frontier, but it's unreal the Wild get that ridiculous number of broadcasts. No offense whatsoever to the organization, but the network must be installing prayer booths in every corner of their facility, doing everything they humanly can to ensure the health of star forward and Twitter icon Martin Havlat.

One might imagine Los Angeles to have garnered more attention, but c'est la vie. They're professionals, right?

The full schedule can be found here.