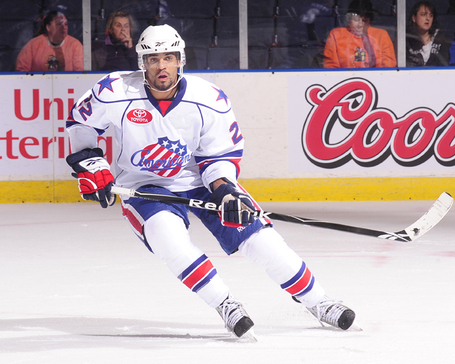 Q: During the 2008-09 season you played in three NHL games with the Panthers. What have you been working on this summer to get more playing time with the big club?

A: "I have worked this offseason to continue my level of fitness. I have also worked on preparing my mind mentally for the next level. I believe I need to be a more consistent and dependable player to stay up with the Panthers."

I'd love to see him stick with Florida (his speed is rivaled only by lightning bolts from the heavens), and considering the current depth of the Cats at left wing, there is a distinct possibility he will spend some time in Sunrise. Unfortunately, his favorite grocer is nowhere to be found.

Currently ranked 20th in the organization by Hockey's Future, the former first round pick (20th in '05) has been a project for several years, but good timing and a very strong camp may finally earn him a spot.