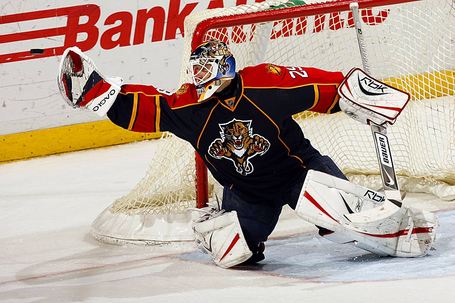 Florida may have a considerable presence at the 2010 Winter Olympic Games in Vancouver...at least among the men's squad from the Czech Republic.

Released this morning was the official 60-man roster of hopefuls for next year's tournament. Cats fans will notice more than a few names may ring rather familiar:

(For you history buffs, former Panthers D-man Lukas Krajicek is in the mix as well.)

A notable invitee? Get this: 44 year-old two-time retiree Dominik Hasek (!). That should spice up the trials. Good luck to all of our boys.