A Traktor in Sunrise: Dadonov inks with Florida Panthers

Share All sharing options for: A Traktor in Sunrise: Dadonov inks with Florida Panthers 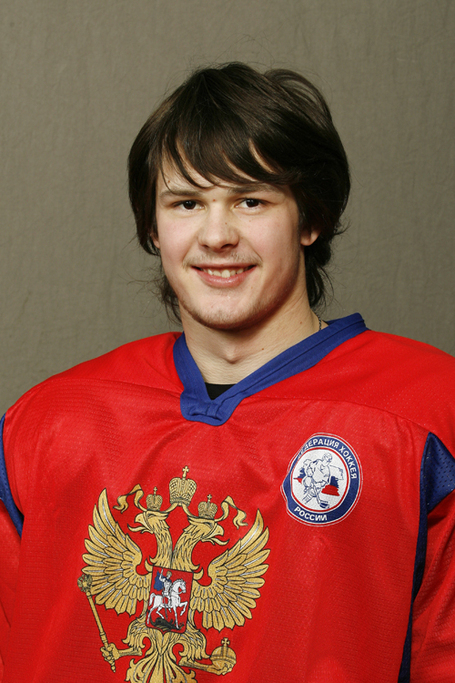 An entry-level contract was signed by Cats third-round pick (2007) Evgeni Dadonov, which may or may not put to rest claims by his former club, the KHL's Chelyabinsk Traktor, that terms of his deal with the Russian team were violated (Florida denies any wrongdoing; check out Steve Gorten's terrific story on the subject here).

Ranked recently by Hockey's Future as the number nine prospect in the Panthers' system, Dadonov scored fifteen points (11 goals) in 40 games last season, the KHL inaugural. This was a drop in points from 20 the prior year, but an adjustment to the new league and an influx of former NHLers likely hindered his totals.

For a fascinating timeline of events leading to his new deal in North America, check this out. I'll be spending a bit more time at that site. It's as funny as it is opinionated.

Anyway, our friends in Rochester are getting fired up for the speedster to hit Blue Cross Arena ice this fall, with Keith from LetsGoAmerks! performing a sterling effort covering the ups-and-downs of Dadonov's legal maneuverings all summer long.

Finally, am I the only one who keeps saying "Davydov" when referring to this kid (who ironically played for Chelyabinsk as well)?