Sunday in Sunrise: Not a Panther was stirring, but there was this mouse...

Share All sharing options for: Sunday in Sunrise: Not a Panther was stirring, but there was this mouse... 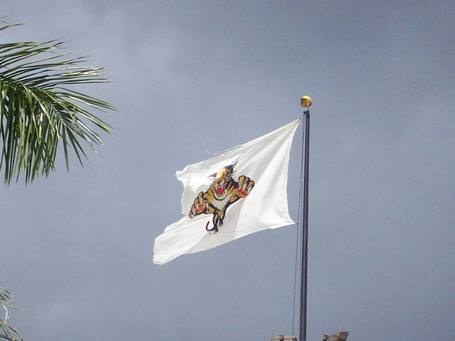 A simple photo dump following what was a very nice afternoon at BankAtlantic Center: skybox action for this.

Jealous? Hey...at least I was in a hockey arena. A hockey arena with lotsa sparkles and wands and dwarfs, but a hockey arena nonetheless. And imagine Mickey and Minnie's nervousness, sleeping with one eye open and peering over their shoulders in The House That Mellanby Built...

Anyhow, here are a few shots I got of the facility, next to be gracing my presence on Wednesday evening (!). 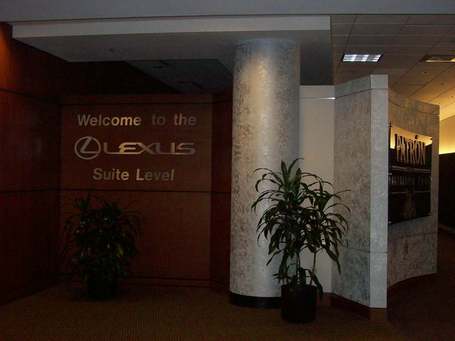 Not expecting to be roaming this area again for a bit. 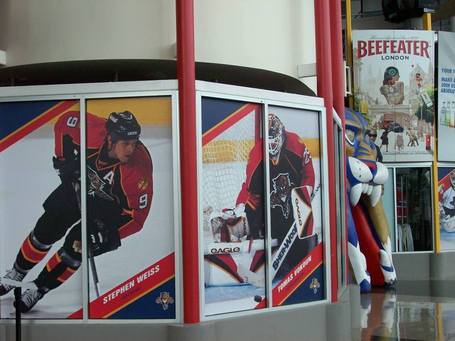 Who doesn't love that guy? I mean, if you can't get Tanqueray, the Beefeater is your next best friend. 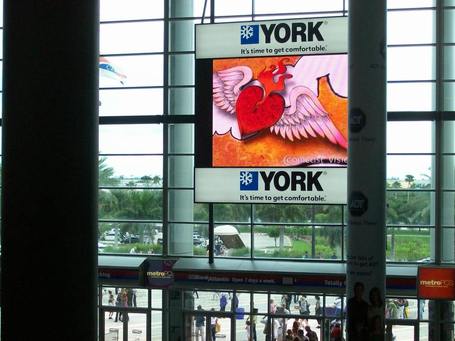 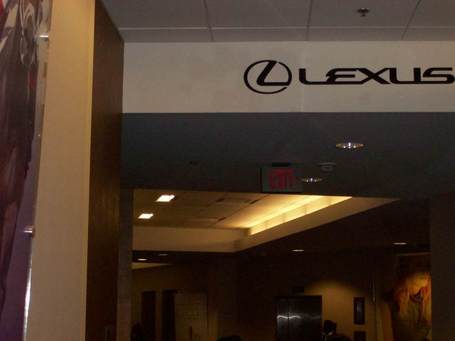 This horizontal weight-bearing beam is brought to you by Lexus. 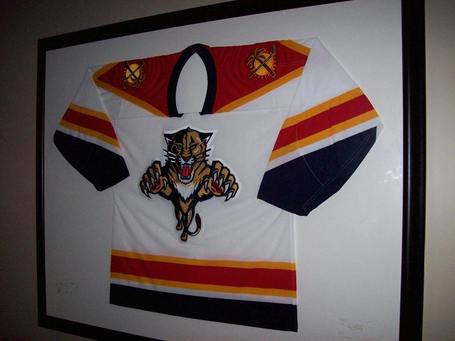 A non-descript and completely outdated sweater in the entry of our box. 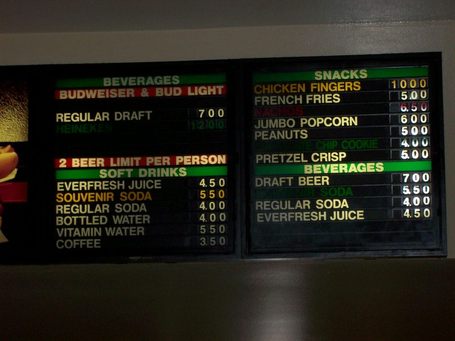 The chicken fingers are made from platinum, obviously. 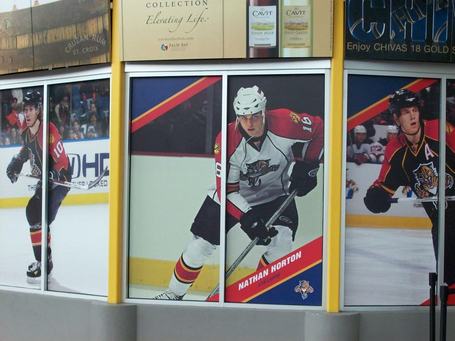 The first face you see when entering the main hall; I believe he's looking to pass. 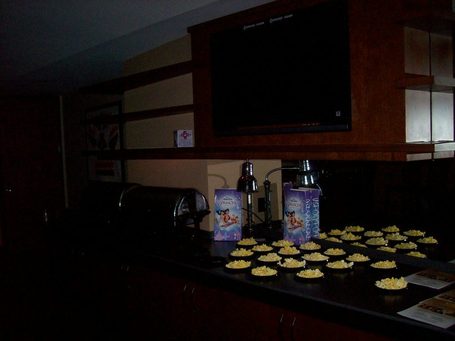 The popcorn is second to none when doing the "box" thing. 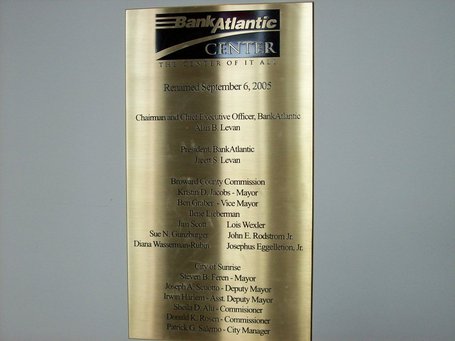 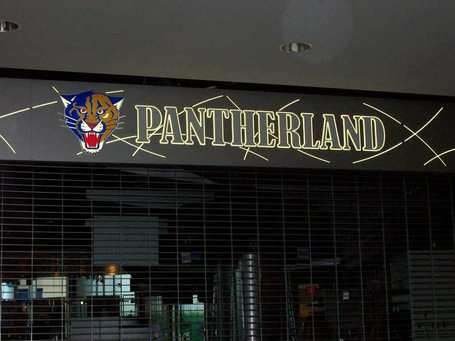 Can't see the new third jersey with those darned gates down. Blast. 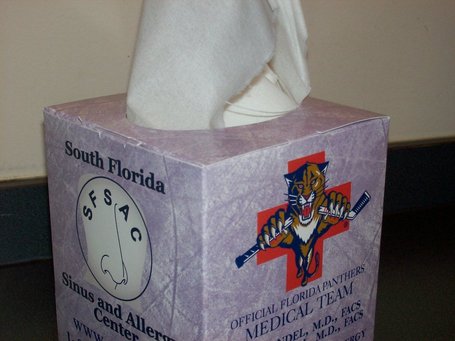 Think you'd seen it all? Toilet pucks were evidently just the beginning.