Your Take: Ready to re-up on those Panthers season tickets?

Share All sharing options for: Your Take: Ready to re-up on those Panthers season tickets? 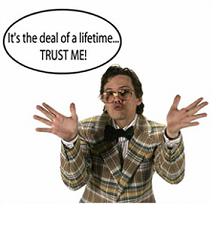 Just learned Panthers season seat holders will be contacted throughout the coming week with regard to renewing their plans for the 2010-11 campaign.

I won't get into any unnecessary and pointless cheap tactics - like bringing up this little nugget - but figured if the timing is right for the sales department's best and brightest to be unleashed, then perhaps the collective target of their pitch should have their own moment in the sun.

As we sit after 47 games, the Panthers have 19 wins, 20 losses, and 8 Bettman-focus-group-non-losses, for a point total of 46. In the Eastern conference, three teams are seated below and eleven rank higher.

The Cats are four points behind 8th place Montreal and Ottawa, five behind the sixth-place Rangers, and seven points back of Boston's 53. The year is far from washed out for the Cats.

So, here we sit with the same number of points one calendar year later (and five more games played). The team continues its streak of win-two-lose-four-win-three-lose-two pattern, yet somehow remains in contention for a postseason spot. Remarkable.

Back to the season ticket holders: got a pen handy? Just too early? Waiting for a playoff berth?

Comments are without question encouraged...but who reads "blogs" anyway, right?