Share All sharing options for: By the Numbers: Panthers vs. Thrashers Scoring Chances, 11.17.2010

Florida didn't have a single chance in the third.


Once Dvorak put them up 2-1, Atlanta took over and reeled off the next six chances in the third.

The top end of the roster was smacked around in the third period tonight. 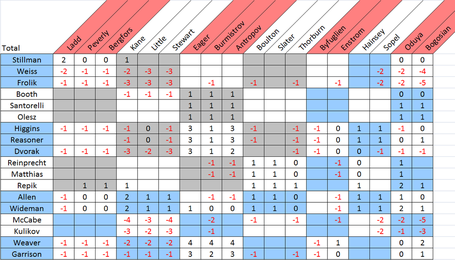 Evander Kane's line looks like it did damage, but nearly all of it came in the third period.