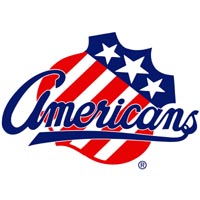 Coming to the game late on this one, but it's a biggie: following the Florida ownership "love-in" last week, the Rochester Democrat and Chronicle's Kevin Oklobzija - beat writer for the AHL Amerks - drowns the party with a heavy dose of local reality. As in, the Americans stink and the parent Panthers - wandering their own special patch of purgatory - are nowhere to be found at a time when the Olympic break should demand at least a happy hour meeting between the two organizations.

This was not a simple hit job from frustrated media who can't help but become emotionally attached (at an arm's length) to the club they cover; when it's clear the Florida coaching and scouting staffs are steering wide of the increasing ugliness at Blue Cross Arena, the reporter becomes the messenger. Read the comments after the article; Amerks' fans are onboard.

No word out of Sunrise in response to Oklobzija's claims, though how one responds to "I have been dumbfounded since November that the organization’s goalie coach (Rob Tallas) spends the majority of his time with the NHL team, as if Tomas Vokoun needs someone to talk about angles every day," probably requires some tact and perhaps a reasonable explanation, but it's difficult to imagine what that might entail.

Not only are the Rochester players being ignored, but their coach as well, states Oklobzija.

...beyond seeing just what their kids and veterans are doing, wouldn’t the Panthers like to know why fans here have turned on the development coach, Benoit Groulx. Why some in Tuesday’s crowd were chanting "Groulx Must Go!" as the game ended?

Rochester has a firm grasp on their long hockey history and a deserved pride toward the Amerks which is second to none among clubs of the American Hockey League. When they speak, someone had best be listening.

Is there a real, quantifiable strain between the organizations? Perhaps, though perhaps not; as Florida fans are far too familiar, losing tends to magnify everything. If trouble is indeed brewing, the clubs have until November to iron out the kinks; the affiliation expires following next season.