If Miami doesn't deserve a Stanley Cup, how about Sunrise?

Share All sharing options for: If Miami doesn't deserve a Stanley Cup, how about Sunrise? 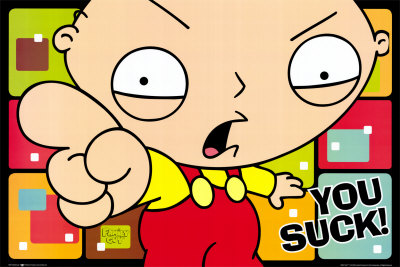 Like moths to a lightbulb we dutifully flock to these "Best Of/Worst Of" lists as if our lives depended upon it. And I'm typically first in line to bathe in the guilty pleasure of it all. Not difficult to do when the Florida Panthers tend to figure rather prominently in many.

The latest, from THN's Screen Shots, features Adam Proteau listing from worst to first each NHL club's home town and which is most - and least - deserving of a Stanley Cup. The only defined judgement criteria was Proteau's own admission to this being "totally subjective".

No dramatic Don Pardo-esque voiceover is required when unraveling just where the Panthers ultimately fell:

30. Miami: We can debate whether a poorly managed team led to awful attendance at Panthers games. But here’s what isn’t debatable – it’s South Freaking Florida. If you fail to win the Cup, Momma Nature helps you get over it rather easily.

Hang on: Didn't we just cover this area?

Forgetting the franchise is located in Sunrise, some 25 miles to the northwest, and the club does not refer to being exclusively "Miami's Team" in any way, can we please - finally - dispense with labeling the entire region as "Miami"? The club actively markets to - and draws from - Palm Beach, Broward, and Dade counties, with a small side order of Collier and Monroe to the west. Obviously, Miami - due to its sheer size - would be the location of any potential championship parade (dry land or otherwise). But that doesn't make it "home base".

And the use of "Momma Nature" helping South Florida hockey fans "get over it" is yet another throwaway gagline intended to backhand the market as unworthy of the sport (disproven long ago) while staying true to the Make-It-Seven talking points.

This stuff is so freaking old.