Panthers Den Of Honor: it's for real

Share All sharing options for: Panthers Den Of Honor: it's for real

Finally got the opportunity to set my own eyes upon the startlingly beautiful, museum-quality South Florida Hockey Den of Honor, located - generally - behind section 118 at BankAtlantic Center.

For a franchise with a scant 17 seasons of history - and little on-ice success over that period - the "DOH" paints a far more eclectic light on the club and its tremendous value to South Florida's growing hockey footprint, especially among high schools and local tournaments. Both are well represented via gorgeous trophy displays and a gaggle of sweaters.

A few thoughts and photos after the jump...

Not to say the area - which spans an enormous five seating sections - wipes out the darker moments of the club's history simply by existing, only that a newfound respect for the franchise, and its roots, can be found behind all of that glass.

I'll spare you a relic-by-relic punch-list of everything on display; much of that can be found around the net in abundance.

My thoughts? I really enjoyed seeing the ancient Miami Herald and Sun-Sentinel articles from Year One (many of which I still personally have, though they have taken on a rather saddening Dead Sea Scroll-ish appearance). Could have spent a lot more time in this area soaking in the printed history. Wayne Huizenga, Bill Torrey, and Bobby Clarke abound. For those of us "first fans", it's a goldmine reliving this stuff.

Glass casements containing equipment spanning the ages: Vanbiesbrouck. Luongo. Jovanovski. And many others.

The "battle" between the cities of Fort Lauderdale and Sunrise over the then-future home of the Panthers. The first draft. The expansion draft. A physical rundown of Florida's jerseys. Video displays seemingly everywhere, running loops of the great moments burned into so many of our heads. Oh, and unsuspecting Holy Grail of South Florida hockey: rats. Lots of rats.

Without question, paying homage to the 1995-96 season is the toast of the collection. But wisely, it does not dominate. Few fans of the sport outside the Panthers' realm can easily fathom why that year means so very much. A few minutes in this section spells it out clearly.

A couple of quickie pics I found to be immensely fascinating, historically-speaking: 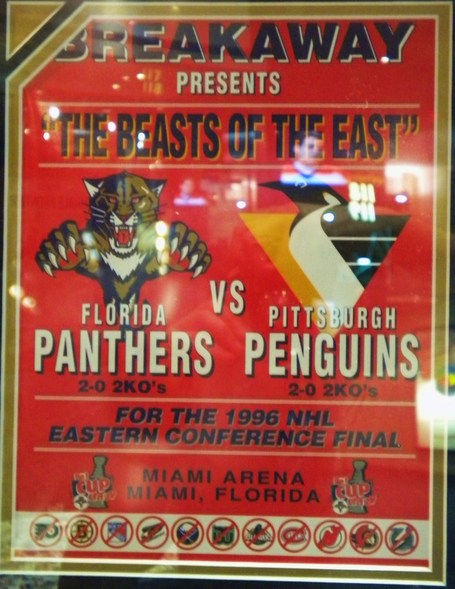 One of many items celebrating the "Year of the Rat" (and R.I.P Mighty Whale) 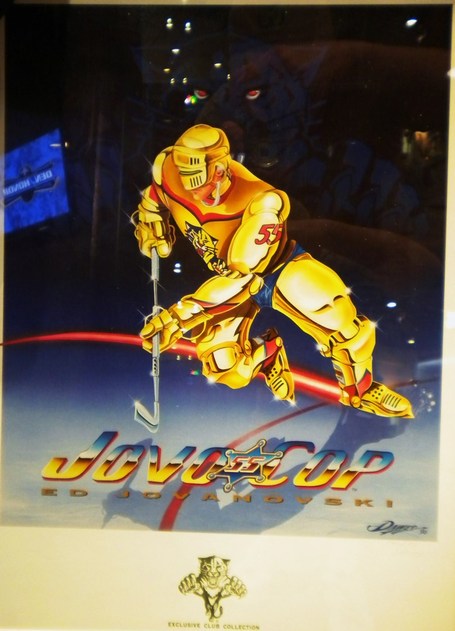 Still searching for a Branislav Mezei variation on this theme 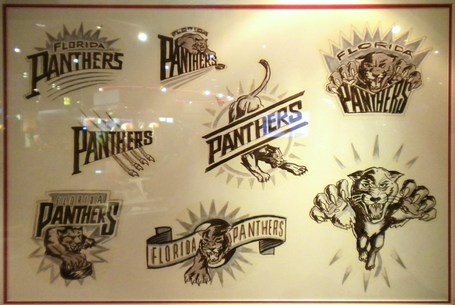 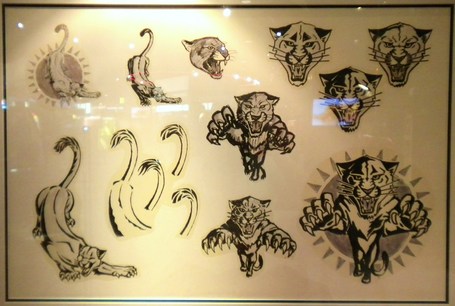 There must be more: find them. Display them.

Two notes for the Cats: get the goods categorized and on-line for easy reference and historical follow-up. Please. And thank you for the expense and effort on a superb display.