Share All sharing options for: Five Years of Panthers Draft Picks - Round Four 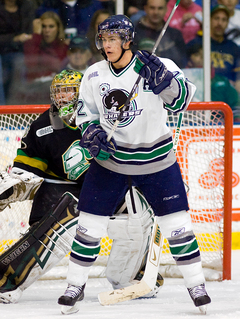 In building up to June's NHL Entry Draft, this series will look at Florida's performance in each round - from seventh to first - covering the five Drafts from 2005 through 2009, along with any players of note selected after the Panthers' pick(s) in the same round. Today we focus on Round Four.

Dual-forward action as Martin bags a Whale in draft swan-song as Florida GM; Sexton follows with solid character selection the next summer...

Currently:  University of Michigan; traded to Columbus on 03/03/10 for Mathieu Roy