Panthers latch on to Cincinnati Cyclones as new ECHL affiliate

Share All sharing options for: Panthers latch on to Cincinnati Cyclones as new ECHL affiliate 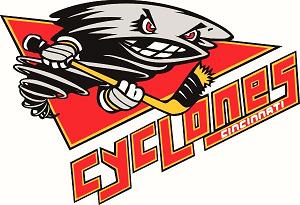 Replacing the departed Florida Everblades, the Panthers (and by association, the AHL Rochester Americans) have reached an agreement with the 2010 Kelly Cup champion Cincinnati Cyclones of the ECHL.

According to the club's press release, this appears to be a one-year agreement on what is - presumably - a joint-affiliation with existing parent Nashville Predators.

And yes, there are several Kevin Bacon-style connections to be made between the four organizations: Panthers Assistant GM Mike Santos was a longtime manager with the Predators, while new Rochester head coach Chuck Weber was Cincinnati's former bench boss over the past few seasons who resigned to accept the Amerks gig. The Cats will host a two-game Rookie Tournament vs Nashville in mid-September.

How Florida plans to utilize this new partnership remains to be seen. The affiliation with the Everblades was beneficial in terms of geography alone, and then rarely: so few Panther prospects were assigned to Estero that sending them back to junior or loaning them to other clubs or whatever might have been wiser. Carolina ran the show from top to bottom.

With the influx of talent witnessed in recent months, this could be a rather valuable partnership when viewed as more than a simple "waypoint" for in-between prospects, as was the case with the 'Blades.