Share All sharing options for: By the Numbers: Panthers vs. Bruins Scoring Chances, 1.26.2011

"The most general survey shows us that the two foes of human happiness are pain and boredom. We may go further, and say that in the degree in which we are fortunate enough to get away from the one, we approach the other. Life presents, in fact, a more or less violent oscillation between the two.."

----Arthur Schopenhauer, "The Wisdom Of Life" 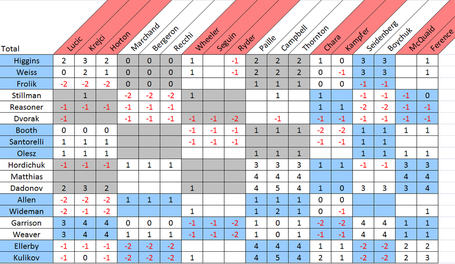