Florida Panthers at the Deadline: Who's Staying? Who's Going?

Share All sharing options for: Florida Panthers at the Deadline: Who's Staying? Who's Going? 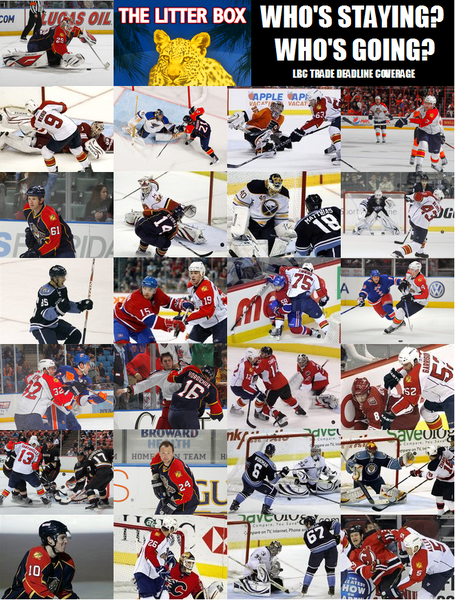 With the 2011 NHL Trade Deadline looming, the Litter Box Cats crew are hard at work investigating the rumours and trade talks of the 2010-2011 season. While the deadline is typically an over-hyped media creation, it also serves as a very important point in the season for many teams including the Florida Panthers who like clockwork are still hanging around the 8th spot in the east. A sophisticated deal can can be integral in making a playoff push or building a brighter future, while pulling the trigger on a deal that is less than desirable and can be devastating to a fanbase and franchise for years. Will first-year Panthers GM Dale Tallon, who had been playing his cards close to his chest until Wednesday's surprising Frolik Trade, be a buyer or a seller? The rumour mills are rapidly spinning and it's anyone's best guess what the weeks leading up to February 28th have in store for the Cats.  The LBC writers were polled and this is their preliminary belief on who is staying, and who is going. 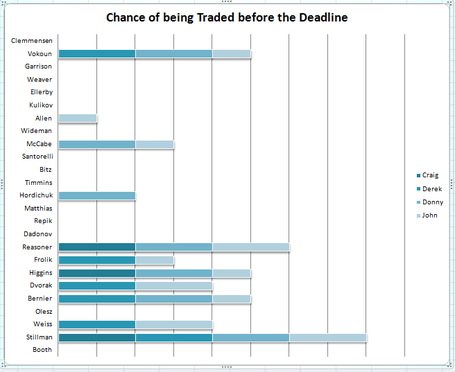 The five players most expected to be traded from the Panthers, according to the LBC staffers are Cory Stillman, Marty Reasoner, Tomas Vokoun, Steve Bernier, and Chris Higgins. 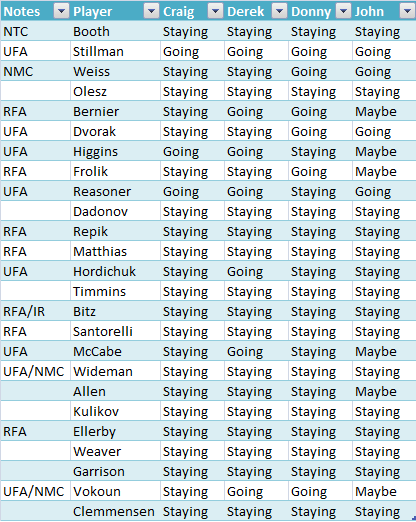 Who do you think is going and staying? What can we expect from Dale Tallon and the Hockey Operations department in the next few weeks? Share your opinions in the comment section.