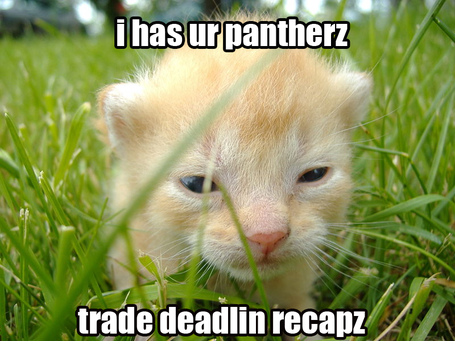 The 2011 Trade Deadline has come and gone, and just in case you missed it, here is a recap of what went down with the Florida Panthers over the past few weeks. 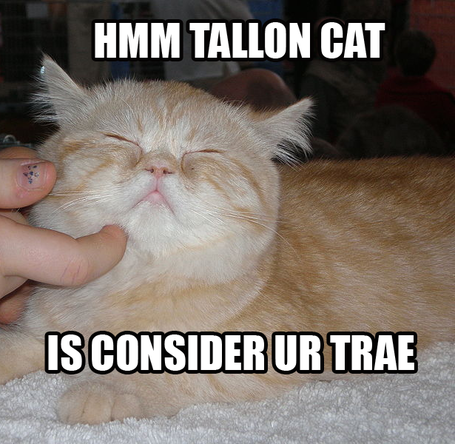 Panthers GM Dale Tallon went into the month of February with an open mind, and the belief that he'd listen to all offers. No Panther was deemed untouchable. "If the right opportunity comes along than we'll seriously have to look at it." Early on it looked like he and the Panthers would be active. 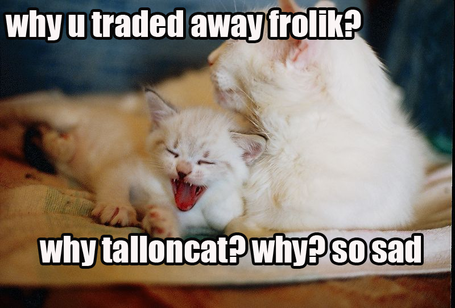 Much to everyone's surprise, Dale Tallon made a huge splash with his former team on February 9th by trading away 3rd year enigmatic forward, Michael Frolik and prospect goaltender Alexander Salak for Jack Skille, Hugh Jessiman, and David Pacan. Initially, many fans were upset with the deal. 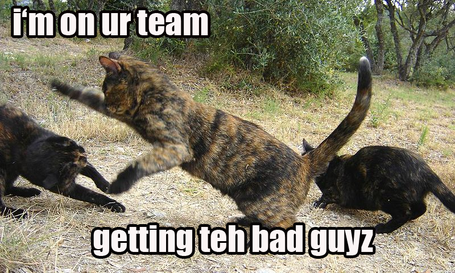 Jack Skille had an immediate impact on the team, as a big physical force racking up hits and certainly made Florida a lot less easier to play. Skille was originally drafted by Dale Tallon. 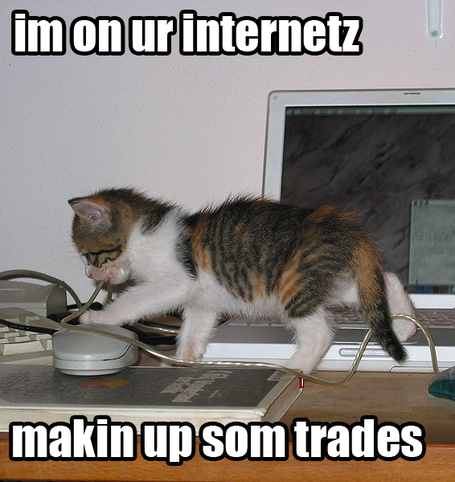 After the Frolik trade the internet was abuzz with trade rumours. The floodgates had opened and everyone from the seediest rumour mills to the most legitimate hockey news sources began to speculate. The Panthers were a hot topic going forward. "Wideman for Jake Hauswirth"... hahaha... 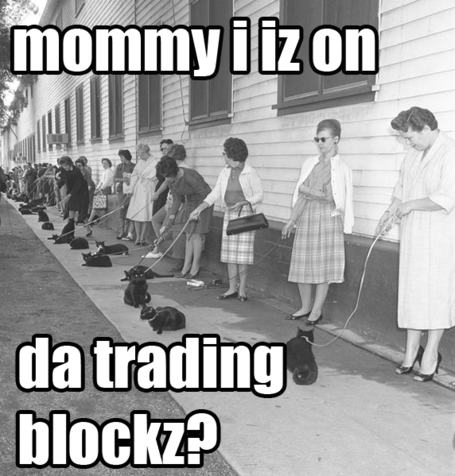 With the media hype now in full force, by mid February the Panthers playoff run was beginning to fizzle as the pressure of being linked to deals and the uncertainty going forward began to play on the minds of the players. Since the Frolik trade, Weiss had been linked to many deals tallied only  3 points in 9 games. Many Panthers wondered if they were safe. 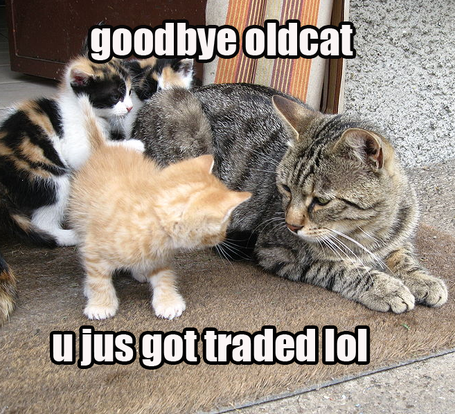 On February 24th, another trade call went down, and highly coveted Stanley Cup experienced forward, Cory Stillman was sent packing to the division rival Carolina Hurricanes. In return the Cats acquired a 5th round draft pick in 2011 and Ryan Carter. 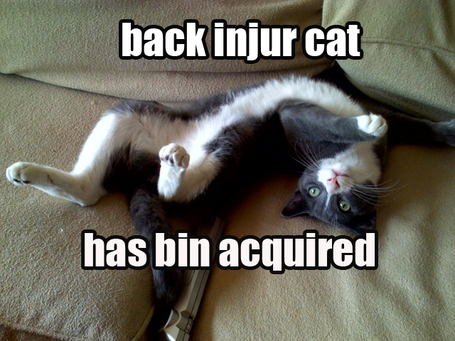 Despite being out since February 10th with a back Injury, Carter is thought to have an impact with the Cats this season.  "Ryan Carter is the type of big and aggressive player that can make an immediate impact as part of our forward unit," said Dale Tallon after the trade. 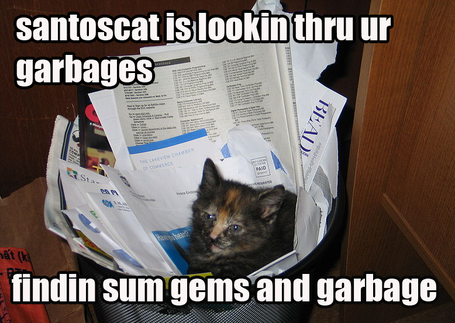 On the 25th, one day after the Stillman move, the Panthers traded a conditional 7th round draft pick to the Nashville Predators for the 26-year old defenseman, Alexander Sulzer. The move has been praised by experts, and it looks like Assistant GM Mike Santos has found another gem from his old stomping grounds. 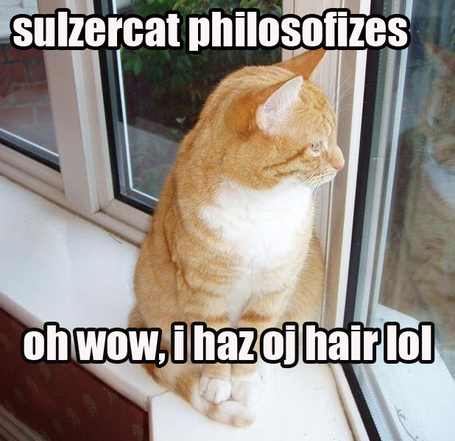 In his first two games with the Panthers, Sulzer has played solidly. He often goes unnoticed on the ice, but many believe this is because he's not making mistakes. He's an upcoming UFA, but he and his bright red German hair have a legit chance of staying, but if he does re-sign, Florida gives up a 2012 7th rounder. 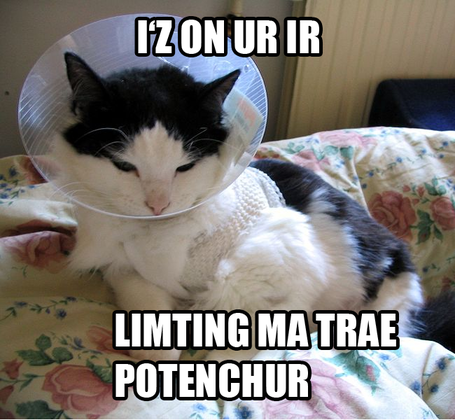 Just before Trade Deadline day, tragedy struck, as a number of Panthers including Chris Higgins (thumb), Byron Bitz (hernia) and Rostislav Olesz (knee) wound up injured. Prior to the injury Higgins had been linked to a number of teams including Montreal. While moving Olesz is wishful thinking (even before being put on the IR with a knee injury), I'd like to think if asked to move he'd have a Frank Costanza moment. 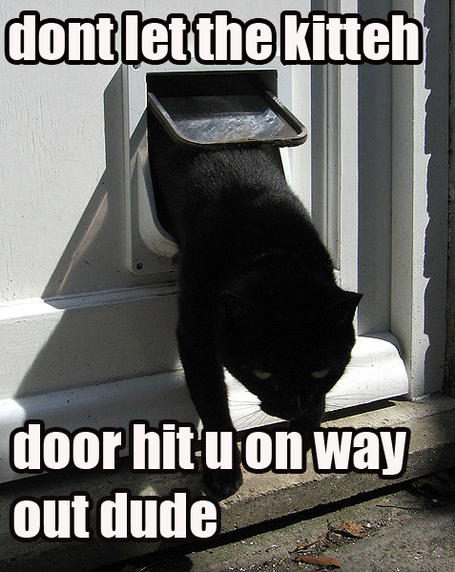 Trade Deadline Day started out very slow, and it was looking like the best trade deadline tweet of the day would be, "Why did I wake up early for this crap?" but patient Panthers fans were awarded with a number of shocking deals. 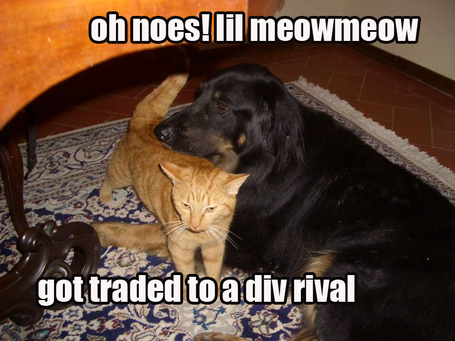 The Panthers broke the Trade Deadline Day silence by first trading away the longest tenured Cat in club history in Radek Dvorak along with the previously acquired 5th round pick from Carolina for struggling sophmore Niclas Bergfors and journeyman AHL'er Patrick Rissmiller. The move marked the second time, Tallon dealt with a division rival, and as we'd learn later, it wouldn't be the last. 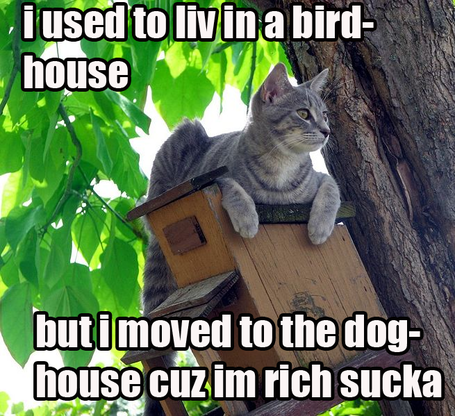 Niclas Bergfors is a very interesting acquisition and many Panthers fans are stoked about his arrival. Under Coach Ramsey in Atlanta, "Bergy" faultered and was a constant healthy scratch because of his lack of hustle on some nights. Thrashers GM Rick Dudley, sums it up, "Bergie can score, He's a scorer. Sometimes the coach will send him a message because he can be real good one night, not so good the next night. I think that's what happened. He can be really, really good but he also can be somewhat complacent because of that." One can't help but wonder how he'll fit in with Tallon and Deboer's play every night system. 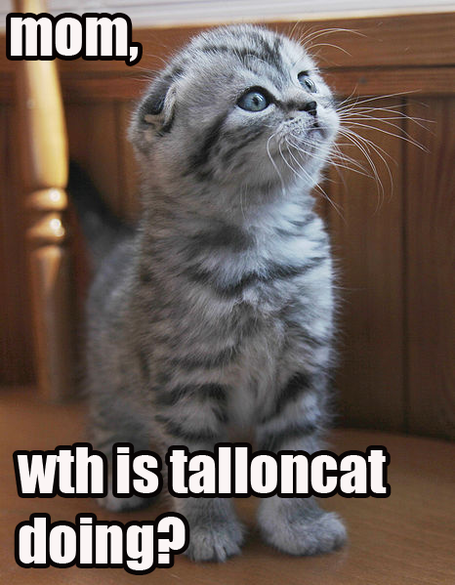 Perhaps the biggest trade of the day in the entire NHL saw, the Panthers dealing their Powerplay Quarteback, Dennis Wideman to the Washington Capitals, making the Caps a huge force in the east. The Cats get a 3rd round pick back in the deal, along with Jake Hauswirth, a big 6-5 forward who hasn't had scoring success at any level and looks to be just another big body to add to the "blueprint". This trade seemed to be the big domino in the equation, that revealed that Tallon was stripping this team to its barest bones and rebuilding from the ground up. 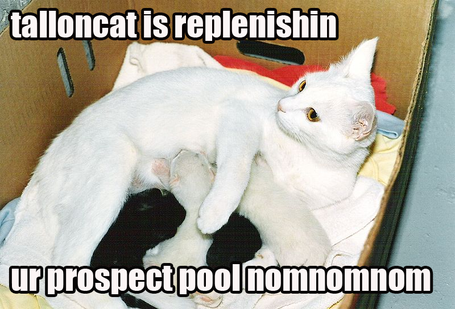 One thing is for certain though, Tallon looks to be fully focused on replenishing the Florida Panthers prospect pool, whether that be through prospects or picks. Tallon added three 3rd round picks and four young prospects (though he did trade away Salak) to help the rebuilding process. 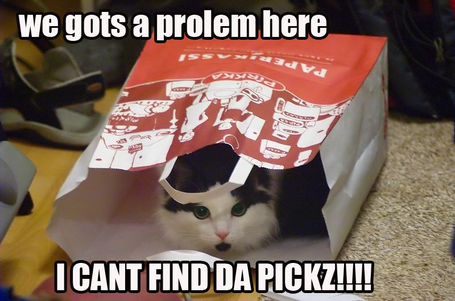 Just as soon as I write that, Florida makes another trade moving veteran Blueliner, Bryan Allen to, (again I emphasize) Division rival Carolina and recieve Sergei Samsonov. That's it. There were no picks involved, none, zero, they were never in the bag. Sergei is on the last year of his deal while Allen was signed though next season. 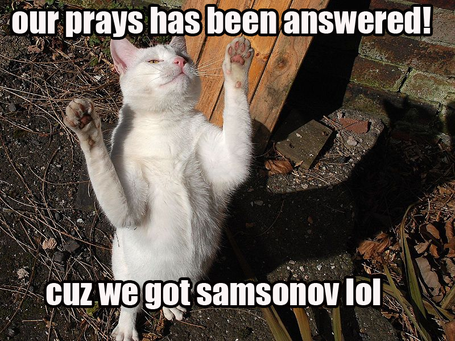 Sergei Samsonov probably is just a rental, but he will add some scoring power to a diminished Florida Panthers roster but I don't know if he's the answer to our prayers... Look for Samsonov to actually increase his meager output with the cats, especially with all of the powerplay openings. 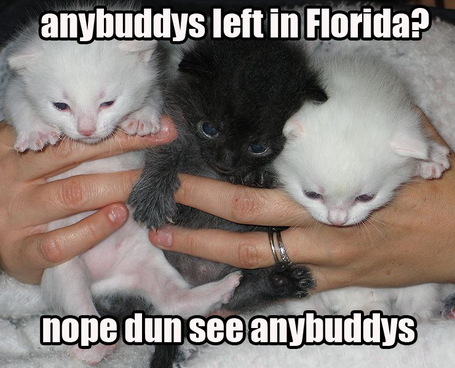 As the bell for the Trade Deadline rang, many people were left wondering, including Bryan Allen, "who's even left in Florida?" Dale true to internet speculation dismantled the Florida roster and further placed his own stamp on the team. The team certainly got bigger-- and despite the collection of some young players and picks early on, the Samsonov move seems to discern Tallon's fire sale had one motive; A Salary dump. 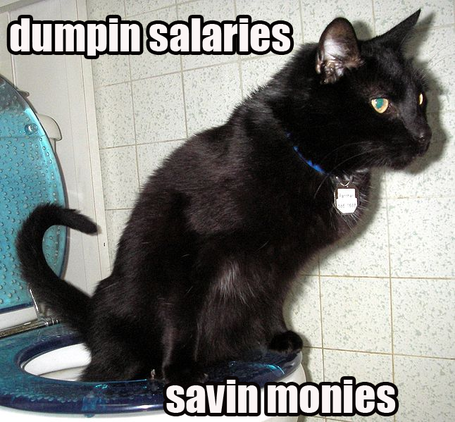 The Panthers if anything became a much more cost effecient team to run. The Cats lowered their salary considerably with the trades of the day, falling to just under 49 million in owed contracts. They also opened up considerable room down the line having over 40 million in capspace for next season. The early guess is they'll stay close to the cap floor for a season or two with a "skeleton crew" and stay cost effective for the SSE and cash in on increased revenue sharing by having a team salary far under the league average. 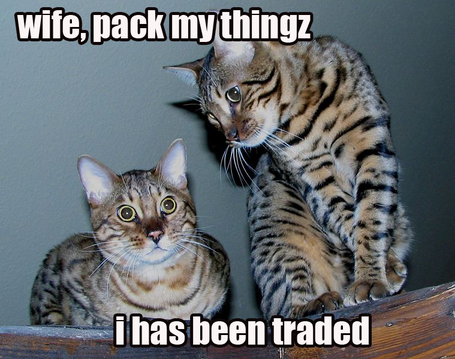 Just when I thought no other deal would be made,Dale Tallon snuck in a little deal involving Chris Higgins going to the Vancouver Canucks. The Panthers bring in undersized defensive prospect Evan Oberg and a 3rd round pick. Chris Higgins was brought in during the summer to change his career around, and while it wasn't a total turnaround, he certainly showed a contending team he had a lot to offer in terms of winning hockey. 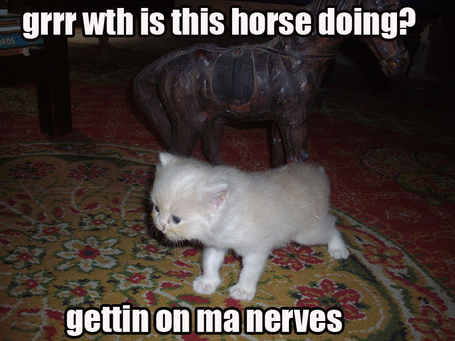 Despite the rumours and all the media outlets hoping for something spectacular, Dale Tallon kept his horses. Stephen Weiss, David Booth, and Tomas Vokoun were all kept, keeping much of the "core" together. If you listen carefully you still might be able to hear a Weiss to Toronto rumour sparking up on the internet. e5. 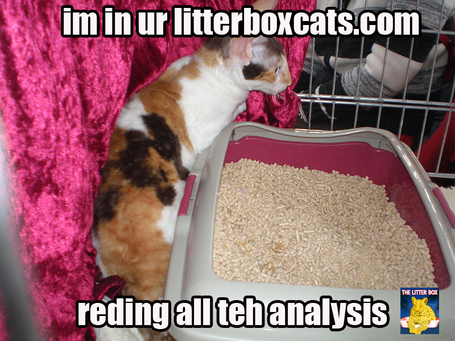 And that's all folks.  That's exactly what happened this 2010-11 trade deadline for the Florida Panthers. Make sure you check out all of the upcoming analysis and opinions on the deadline-- there will be a lot. 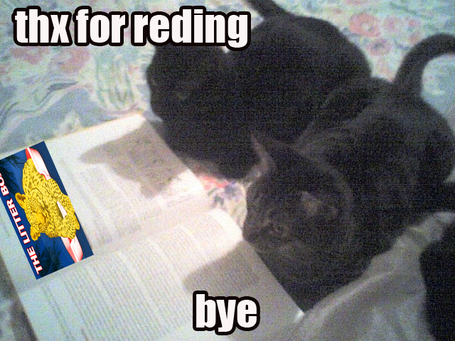