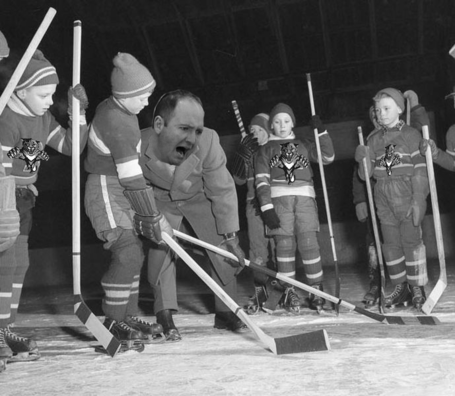 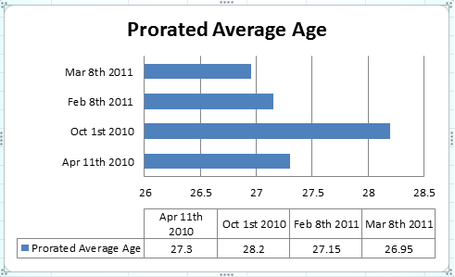 The average age of the Florida Panthers active roster as of March 8th is 26.95 years of age, or somewhere in between David Booth (26) and Stephen Weiss (27). While Tallon set out to make the team younger, he actually brought the average age up over the off-season by 0.9 years (the ages have been prorated using March 8th figures to account for the obvious aging process of humans) by adding a lot of veteran pieces to the team, such as Marty Reasoner (34) and Mike Weaver (32).

The most dramatic shift in age actually came before the deadline madness (pre-23-year old Michael Frolik trade) when the team shed an average of 1.05 years over the course of almost 5 months.

There's no doubt that the current roster is the youngest it's been in over a season, but with recent "older call-ups" like Clay Wilson (27), Bill Thomas (27) and Joe Callahan (28) the effects of trading away players like Bryan Allen (30) and Bryan McCabe (35) are slightly lessened - even moreso when considering the Cats brought over Sergei Samsonov (32) in the Allen deal.  It's likely the shift will continue, and this team will get even younger as the season progresses.