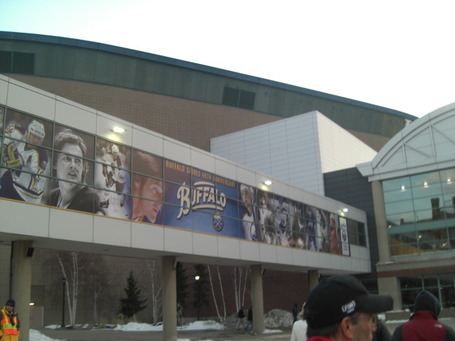 Another day on the road, another day of below freezing weather.  Getting from Chicago to Buffalo took another plane ride, and a very tiny plane at that.  I am by no means what you would call ‘tall', but walking on to this plane I felt huge.  My head was scraping the ceiling.  I would hate to see someone who was a 6-footer try to get around on that thing.

After spending the day hanging out in Buffalo trying to stay warm, it was time for more Panthers hockey.  The HSBC Arena was another one that was absolutely packed before the puck dropped.  I'm starting to think that it's a normal thing for arenas to be full before games and we're just lazy in South Florida.  The other thing I noticed before the game was that they did both anthems, America and Canada.

A little while later something pretty amazing happened.  After 124:01 of road trip hockey, we finally saw the Panthers score a goal!  That's when we saw the Cats fans pop up all over the place...quite the difference then the previous two games.  There was even a pair of guys wearing Florida jerseys and panther masks.  All in all I'd say there was around 15 or 20 Cats fans littered around the arena.

Speaking of the arena, I had been there once before but didn't notice how freaking ginormous it was.  The ceiling was way above the seats and the only word I think of while trying to describe it right now is ‘massive'.  The people at the game were all pretty nice, which was a welcome change from many of the road games I have been to.  I'm not saying people have gone out of their way to be rude, but in Buffalo they seemed to enjoy being nice.

Well...they were nice to us.  I can't say the same about the Sabres goalie, Ryan Miller.  I love Miller, I think he is one of the best in the league, but the Buffalo fans seemed to have some serious hostility towards their goaltender.  All in all I'd say that the game was a pretty good time, and the food was awesome.  One of the best beef sandwiches I'd ever had.  Walking out of the arena, into the snow...that was another story.

Next up is a 2½ hour drive to Syracuse to see the Amercks play the Crunch.  When we originally planned this trip I was hoping to see Jacob Markstrom but that's just another causality of planning a trip far in advance.  Until next time...Go Cats Go! 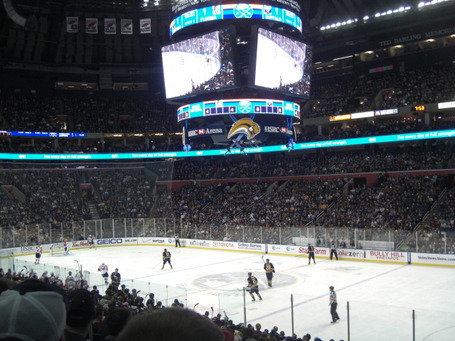 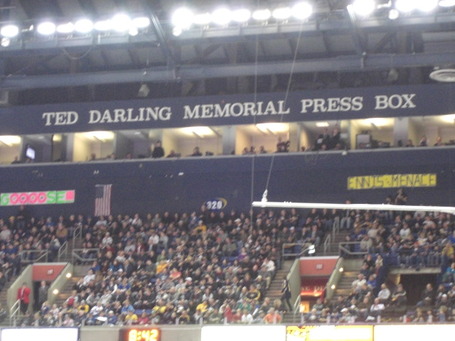 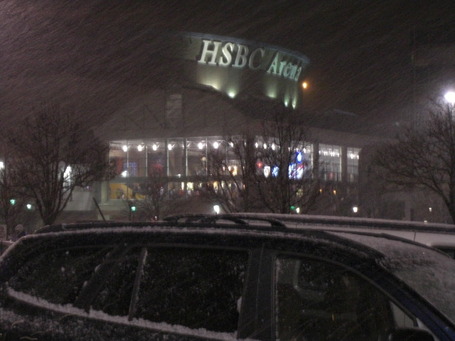