With the NHL Draft quickly approaching, and Florida likely to pick high in the 2011 Draft, we're going to take a more in-depth look at the top 7 players in this year's draft. Read on! 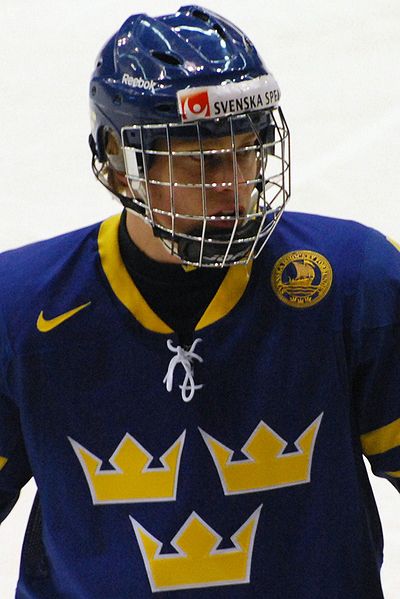 At a hulking 6'2", 201 lbs. at only 18 years of age, Swedish defenseman Adam Larsson is projected by many pro scouts as one of the homerun players of the 2011 NHL Draft. However, Larsson's size is just one of many assets NHL teams are going to be coveting. Larsson, currently playing in the Swedish Elite League for Skellefteå AIK, has NHL GMs drooling over his combination of hockey sense, smooth skating, crisp outlet passing and his ability to slow the game down in his defensive space. He has also progressed significantly on the offensive side of the game and has a booming point shot to go with his playmaking abilities. For any NHL team who gets to select in the top three or four picks, and needs a franchise defenseman, Larsson will be as solid a choice as any.

Larsson had a fantastic performance at the 2011 World Junior Championships, posting one goal and four assists in six games, and showing the world that he is indeed a shutdown-style defenseman with excellent offensive upside. He routinely controlled play in the defensive zone and used his size very well. As Larsson continues to age and fill out, he will become an imposing force around the net and will likely learn to use his size better as he adds more muscle and adapts to the very physical style of the NHL. Larsson is a smooth, quick skater, though he does lack a quick acceleration off his first few steps. As with any blue-chip defenseman from Sweden, Larsson is inevitably compared to Nicklas Lidstrom in his style of play, especially his ability to recognize plays before they develop. Several Swedish scouts have noted that Larsson is ahead of both Lidstrom and recent Tampa Bay draft pick Victor Hedman in terms of skill at Larsson's current age. If these comparisons are even remotely true, then Larsson is indeed worth his high ISS ranking.

Does the Panther organization need another top defensive prospect in their system? Not likely, due to last year's choice of bruiser Erik Gudbranson, and the current crop of young defensemen such as Dmitry Kulikov, Keaton Ellerby, Jason Garrison and Joe Callahan sticking around for the foreseeable future. GM Dale Tallon knows the Panthers need scorers. However, if Larsson is the best player available when the Panthers select, expect Tallon to possibly make a deal with another team who is interested in the Swedish prospect, possibly to acquire more first round picks. If the Panthers and Tallon were to draft Larsson though, there shouldn't be too much disappointment from Panther fans, as he is the consensus for the best defensive prospect in the 2011 NHL Draft. Teams like Edmonton and Ottawa will likely have much more interest in Larsson than the Panthers, as those organizations have more glaring needs for a franchise blue-liner. Expect to see Larsson drafted somewhere in the first three picks, possibly even first overall.

Larsson Goal vs. Russia at WJCs