Like a very bad Macgruber skit, Dale Tallon is cutting it close when it comes to a few talented Florida prospects and a massive explosion of headaches could be on the horizon. As the hours count down, the Florida Panthers, and the rest of the NHL have until the end of the day (EST) to sign all of their 2009 picks, before relinquishing their player rights, and thus re-entering these players back into the 2011 Entry Draft as over-aged "re-drafts".

This in itself is a very typical part of the NHL calendar, however, it is the unsigned prospects in question that really create a cause for concern. If not for quick action, the Florida Panthers prospect pool could take a dramatic hit. It'll take a lot of... 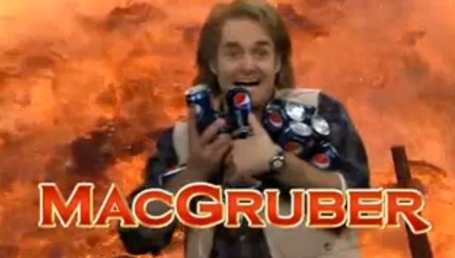 According to the NHL CBA, A club shall retain the exclusive right of negotiation for the services of such Player up to and including the second June 1 following the date of his selection. So for players drafted in the 2009 draft, today is a big day--especially if a contract has not been negotiated.

College players not withstanding (there is different process and set of rules so players like Josh Birkholz, Wade Megan, Corban Knight and Drew Shore are not in peril) of the Panthers very deep 2009 Draft class (Thank you Randy Sexton) only Garrett Wilson and the acquired David Pacan remain unsigned.

With less than 24 hours left before the deadline, Dale Tallon will have to work fast if he wishes to keep Wilson and Pacan in the Panthers organization. While being "re-drafted" is usually not common, it does happen--and while we've seen such OHL standouts as Bryan Cameron (he who had more goals than Tyler Seguin or Taylor Hall) pass through their second draft unscathed and un-acquired, it wouldn't be out of the realm of possibility to see Wilson, a fantastic 2-way prospect and captain of this years OHL Champion, Owen Sound Attack, being snagged in the mid-rounds of this years Entry Draft--even as a 20-year old.

While Wilson might be looked at as a mid-tier prospect (he's ranked in the teens on HockeysFuture Panthers prospect list) his continued excellence and winning ways--coupled with his leadership qualities make him a fantastic piece for this organization to incorporate into the fold--his uncanny ability to score the big goal, and solid defensive side to his game have many scouts believing that Wilson is primed for a solid NHL Career.

Pacan is a bit of a different story--while having a decent season, his age and numbers could dictate a full pass on all accounts--especially since the league's ELC minimum is so high. Wilson is no doubt an priority, but it would be disheartening to see a piece of the "Frolik" deal falling apart. Pacan still holds a lot of potential and signing him to a deal should still be looked into, especially for a team looking to build a solid youth core.

Chances are Tallon has simply waited for Wilson to wind down from the Memorial Cup (Wilson was injured during the tournament with what is being reported as a concussion) but the next few hours could hold major importance for the team. With so much emphasis put on the draft, the process after is often forgotten--it is imperative that the small things are taken care of, so that the bigger picture can be properly laid out...and...