The Kitty Litter is a weekly article that showcases and looks at the intricate and interesting stories that might just have to be sifted through so you can find a real treasure.

When Dale Tallon joined the Florida Panthers as General Manager of the franchise he vowed to shake things up, and change the culture of the organization. He showed he was unafraid to make a deal--even the controversial ones that involve fan favourites--and no deals were as fearless as the deals he made at and around the 2010 Entry Draft. In some sort of very odd coincidence that has Sir WIlliam Shatner, bellowing "Weird or What?", the only deals Dale and company would pull the trigger on in and around this time were to the eventual Stanley Cup competitors--the Boston Bruins and Vancouver Canucks. With the draft quickly approaching...anyone want to strike up a deal with the Cats? A lot of people in the twitterverse are talking about Stephen Weiss. 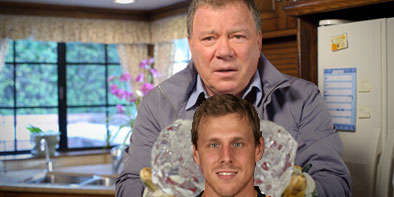 Forget Hakan Andersson (the much written about European scout for the Detroit Red Wings) who has had a propensity for finding a diamond deep in the rough--Did you know the Panthers have converted 50% of their draft picks drafted past the 6th round in the last 3 seasons? That is way beyond the NHL median. Scott Timmins (2009 7th rounder) and Matt Bartkowski (2008 6th rounder, now in the Bruins system) have both cracked NHL lineups early in their career and look to compete for roster spots next season.

Despite having the current lowest total NHL Salary, did you know the Panthers actually have the highest non-rostered player salary in the Southeast division? It's probably just a fact that the Panthers have a lot of young talent, but one can't help but wonder if there is a bit of mismanagement still to wade through--especially when the team has struggled economically.

Fun Fact: This is the order in which these teams will draft on June 24th.

- @HockeyBreak is reporting the Panthers are having a difficult time trying to sign Erik Gudbranson. Keep your eye on this matter--it's not imperative he gets signed soon like we saw with Garrett Wilson, but Tallon has expressed an interest in bringing Erik into the fold this season--and given how close both sides were last year, it's a bit surprising that something just can't be easily hatched out which breathes fire into the rumours. Follow this closely--especially after the Tim Erixon fiasco in Calgary, where some people believe Glen Sather "massaged the system" to get a top ranked prospect for very little.

- I had a very interesting discussion with someone today about their drafting strategy in NHL2011 for the Xbox 360. They drafted players based purely on the way  their names looked and sounded. Forwards with the first name "Rocky" were especially favoured. What's interesting is it's been reported in other sports that this has played a factor in the drafting of certain players--"marketing reasons" seem to be enveloping sport on a daily basis--but just for fun, who do you think has the best name in 2011 draft class? 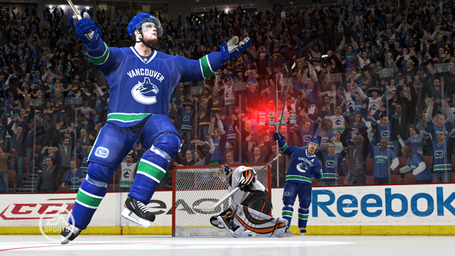