A few thoughts from Panthers Rookie Development Camp: Day One

Share All sharing options for: A few thoughts from Panthers Rookie Development Camp: Day One

To my surprise, the Saveology.com Iceplex was very easy to get to and the camp wasn't really as long as expected. When players took the ice, I thought doing this article was going to be impossible, since I could see the numbers and couldn't really tell the players apart (expect for Rocco Grimaldi). However, someone from the Panthers organization passed out an updated roster sheet, and we were in business. To that person, thank you!

I think everyone that works for the club was there. Dale Tallon, Kevin Dineen, Mike Santos, Bill Torrey, Michael Yormark (the only guy dressed in a suit), and Steve Goldstein (who looked like he just got out of bed). The only thing missing was Stanley C. and the Ice Dancers.

Jacob Markstrom is still rehabbing, but in his place were the trio of Sergei Gayduchenko, Marc Cheverie, and Brian Foster. I thought all three goalies did really well, especially Gayduchenko, who had the most to prove. I don't know how he'll fit into the organizational plans in goal, but I would love to see him play more. Marc Cheverie was solid, although I didn't really see much of him, and Foster did well as the camp went on. While disappointed I couldn't see Markstrom, I did like what I saw from the other guys in net.

The forwards had their practice first, and three players who stood out to me were Nick Bjugstad, Grimaldi, and Howden. Bjugstad was amazing, as all the reports I read on him seemed to be spot-on. My ears still ring from how hard his shot is; he was very fast on the ice, and seemed like he was having fun. And he's 6'5"! Which of course made Rocco Grimaldi look like Danny Devito. But what Grimaldi lacks in size, he makes up with in speed, appearing very much like Martin St. Louis.  I'm looking forward to watching him again on Thursday. Quinton Howden is just amazing on skates. I read about how smooth his skating, but seeing it first hand, just blew me away.  John McFarland is another skater who I enjoyed watching. His skating was top notch, but I wasn't really blown away by his other offensive skills. Of course that could change on Thursday.

I guess Scott Timmins made an impression too, as he and coach Kevin Dineen talked for a while after the first practiced ended. It didn't appear to be anything serious as I saw Timmins smile a few times.

Oh and I met Vincent Trocheck's grandmother. She came all the way from Pittsburgh to see him.

After the Zamboni did its thing, it was time for the defensemen to come out. And Erik Gudbranson stood out! He has some great hands out there on the ice, and looked like he really wanted to impress the staff. I remember a lot of his shots hitting the net hard and his skating was terrific. The rest of the defensemen performed admirably as well, with the exception of camp invitee Malcolm Lyles. His size (or lack of) was really noticeable and he looked as if he was trying to keep up for most of the practice. He got better as the practice went on, but I don't think he made any particular impression on the staff.

Well that's my report on the first day of camp. Feel free to post any pictures and comment on who caught your eye at the camp, and if you show up on Thursday I'll be wearing my Spezza jersey again. I met a nice photographer from one of the local newspapers, so I know at least someone outside of Ottawa knows what a Senators jersey looks like.

And here are some really bad photos from my phone: 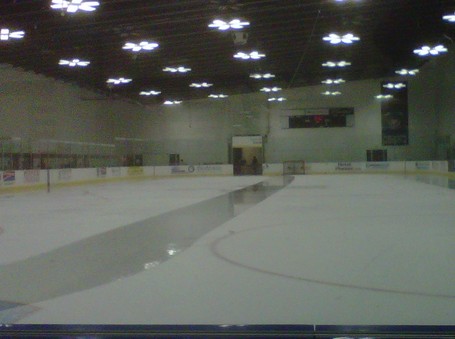 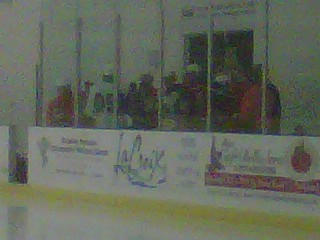 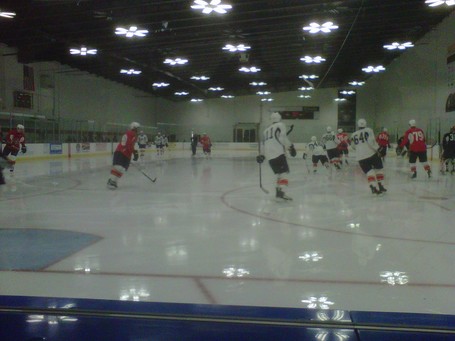 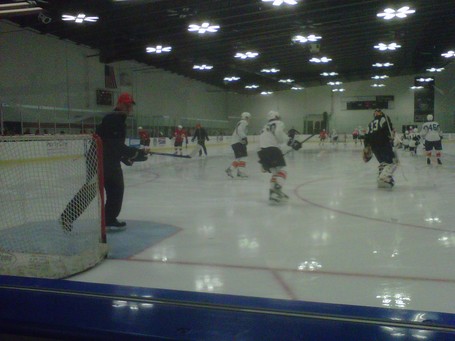 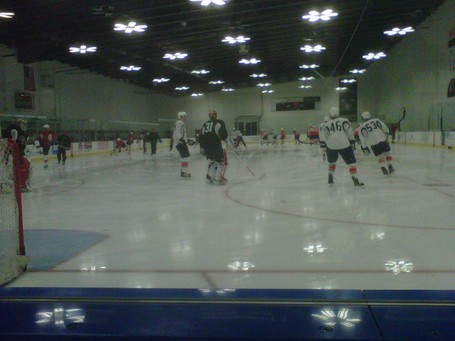 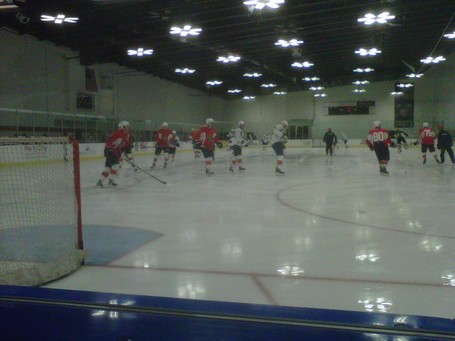 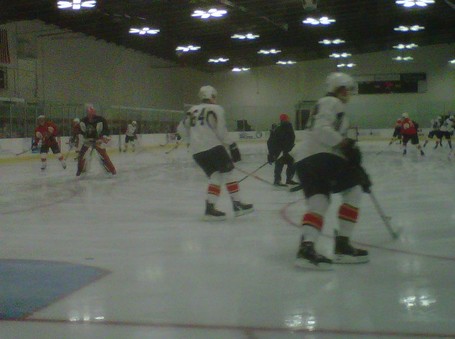 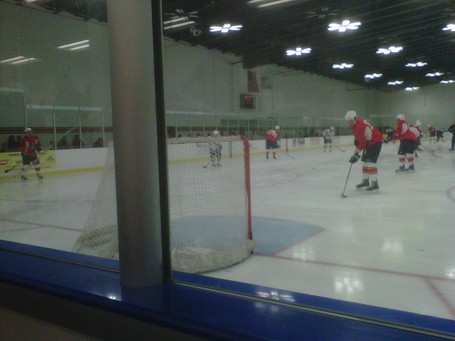 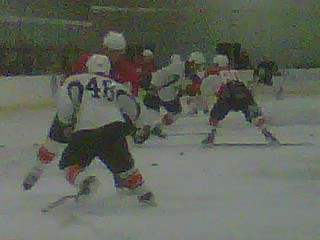 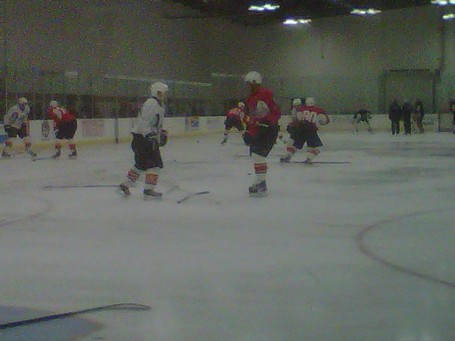 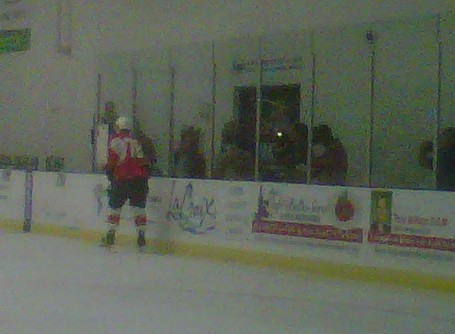 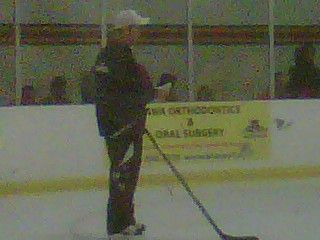 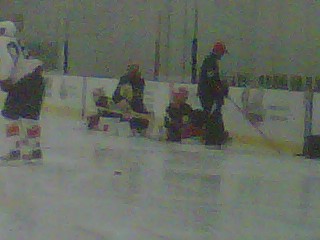 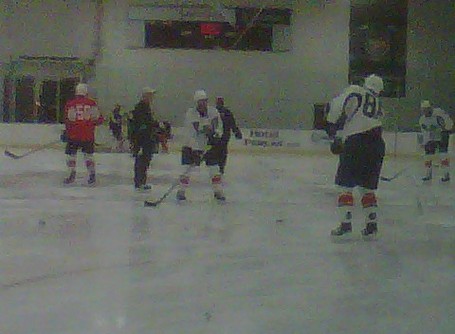 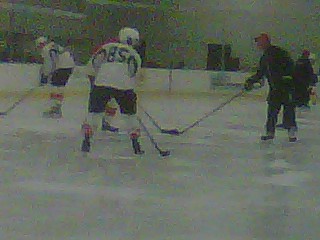 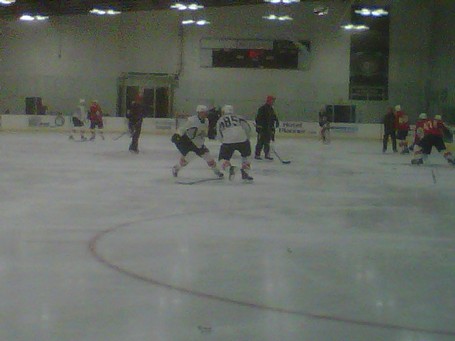 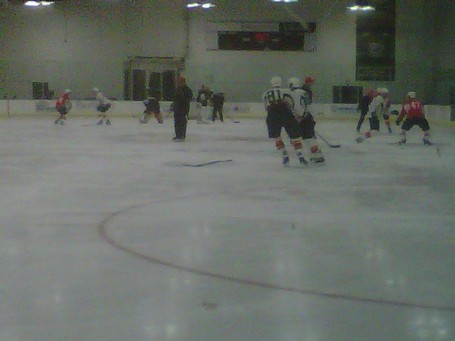 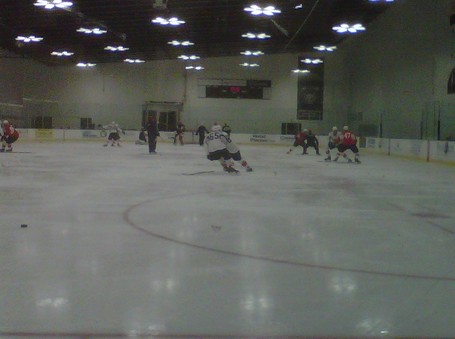 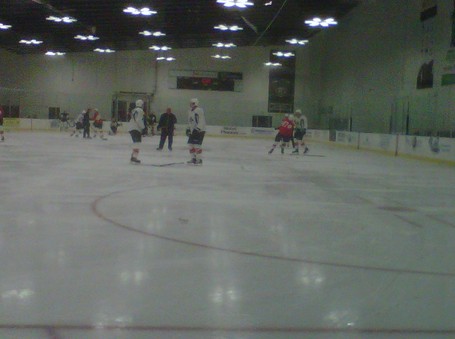 And here are the numbers to all the players in camp. 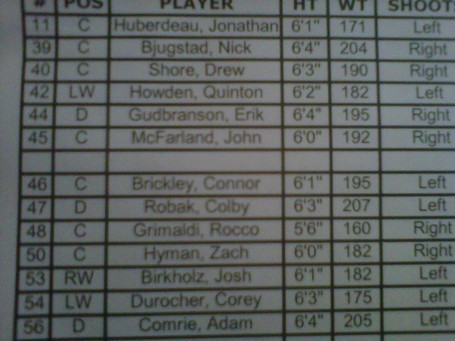 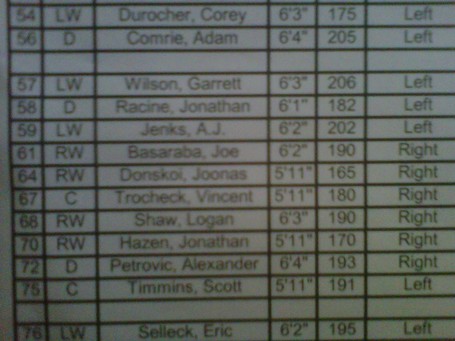 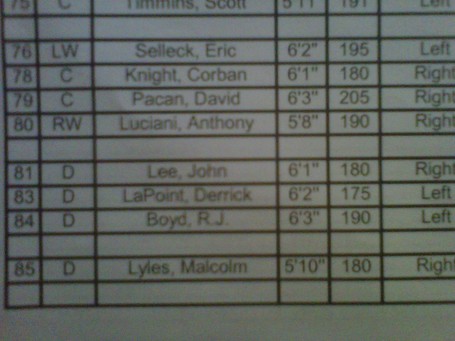 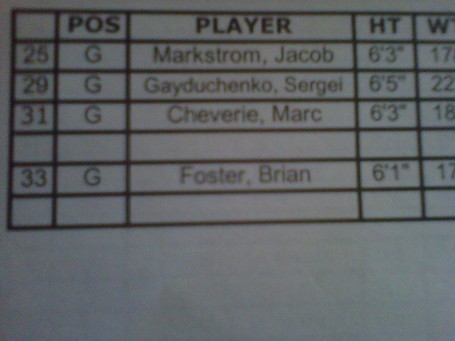