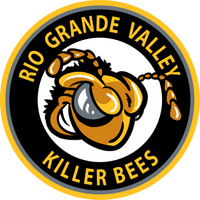 The Florida Panthers are expected to announce their second affiliation of the summer, this time with the Central Hockey League's Rio Grande Valley Killer Bees. Rio Grande Valley (the CHL's southernmost team) is based in Hidalgo, Texas and is only a few hours drive from San Antonio where the Panthers' AHL affiliate is located, making this a geographically sensible move benefiting the Rampage.

The affiliation, already made official by the Bees, is the second major move by the club this season after announcing former NHLer and renowned leader Terry Ruskowski as head coach in May. These moves will greatly strengthen the team that at one point was rumored to leave the CHL to join a lower league.

The CHL is just a small step below the ECHL but is also considered an 'AA' league. The 14 team league is unique in that it covers the wide swath of mid-western states where the NHL, AHL and ECHL only have a few teams. The Bees play in the 7-team Berry conference.