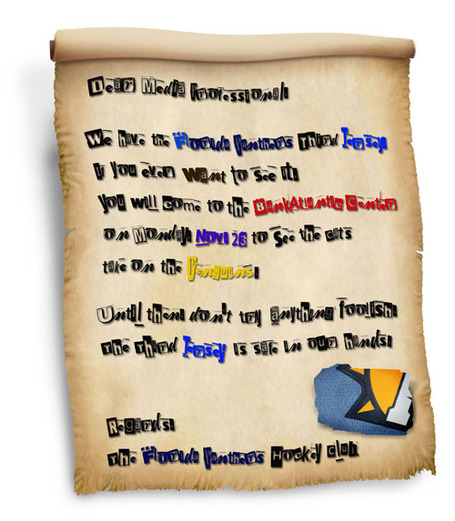 From November of 2009, the cutesy third-jersey teaser, which proved to be rather effective at the time, moving a boatload of rebranded product out of the PantherLand doors.

Why did I personally welcome the "JetBlues", as they came to be known, upon their introduction? They provided a temporary - and ultimately false - identity to a club sorely lacking in one.

Why tonight is a Big Deal in SoFla, beyond the obvious:

Focusing on clubs within 5 points of Panthers (86P, 8GR); teams FLA needs to lose in bold…