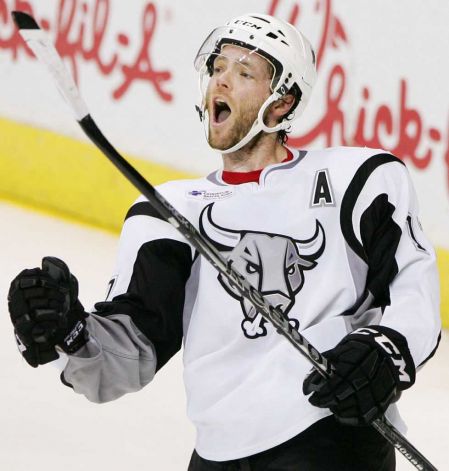 Rampage forward Mark Cullen remains tied atop the AHL Calder Cup leaderboard with a three-game point streak (3G/2A) which originated in the second-round opener on May 3. As fate has so far determined - or timely scoring, more accurately - Oklahoma City currently sports its own presence on the list: both Josh Green (4G/1A) and Mark Arcobello (3/2) share the streak with Cullen. With regard to overall scoring, Jon Matsumoto is second in the league with 12 points (4G/8A); a six-game streak was busted last Saturday, which remains his only scoreless appearance of the postseason. San Antonio (1-2) hosts the Barons in Game Four tonight at 8 p.m. ET.

And the Obligatory Feel-Good Postgame Presser by Torts...