The LBC editors' guide to the Panthers players at all levels.

The chart below is a full listing of players currently under the control of the Florida Panthers organization. The salaries listed are the current cap hits for each player (as listed at CapGeek), not their actual salaries. If a player does not have a salary listed below, the player is not signed to a contract.

These are not lines. It is simply a gauge of the depth that the Panthers have at each position.

Lockout note: Players marked (suspended) were injured during the lockout and are currently suspended by the organization. They are not paid and their salary does not count against the cap while they are suspended. All suspensions are expected to be removed as soon as each player is cleared to play.

Opening Night note: Mike Santorelli and Michael Caruso have cleared waivers, but remain with the Panthers in case Dimitry Kulikov and Kris Versteeg are unable to play in the opening night game. 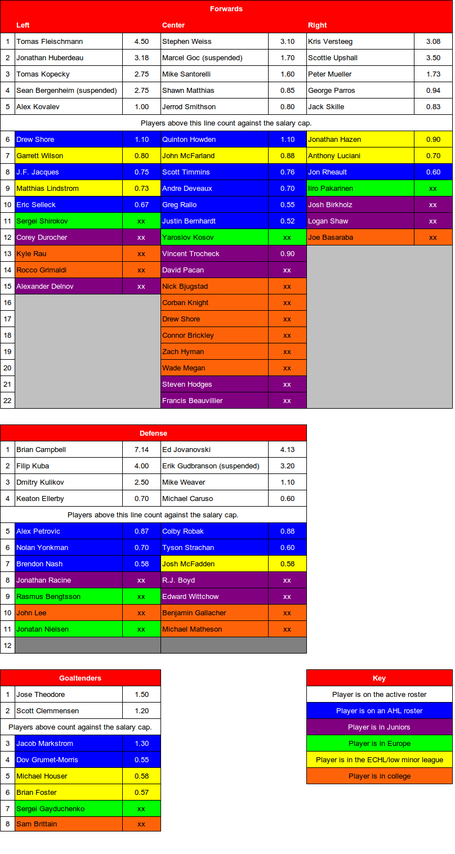