In the three previous entries of the third jersey saga, I discussed the best examples of good, bad and awful jersey designs. The Florida Panthers have not gotten too radical with their third jersey designs but they have only attempted two designs in reality. With their next attempt at a third jersey it is important to note what the design elements are and what direction the team could take to ensure success.

The first element is color. The Florida Panthers have used the same set of colors since their inception in 1993. They have worn red, white, and navy blue jerseys with every other color appearing in some capacity, the only deviation of which was the recently discontinued "Happy Cat Jetblue" jerseys. The primary color and secondary color of the jersey are extremely important and they cannot be taken lightly or else you get the Happy Cat affect or with the worst case scenario being the Mustard Yellow Smilodon jersey of Nashville. Usually teams go with the secondary team color as the primary color on the third. The Panthers have used navy blue mostly but there was a time where they almost used a yellow/gold jersey as the primary color. This however was cut out at the last minute though some were produced and are collector’s items among Cats and NHL fans. 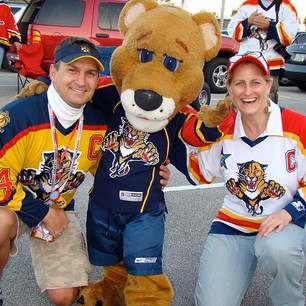 Secondary color is equally important as the downfall of the Jetblue jersey has shown. The secondary must complement the primary in a way that doesn’t compromise the team identity. Using shades of colors that don’t match with the team can be hit or miss. An example of a hit is the current Columbus third jersey. The Panthers have mainly paired navy with red and vice versa in their jersey schemes but some fans clamoring for change have sought a different combo and I concur. The current use of gold in the Panthers color scheme has always been minimal except in the striping of the original white jerseys. As you can see the combination actually works very well and calls to mind the look of not only their NBA counterparts the Miami Heat but also the colors of the Florida state flag. A possible red and gold combo with white and little to no navy could be a refreshing sight on the ice. 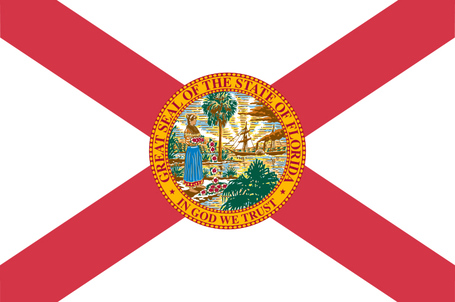 The next design element is stripe design. It may seem trivial but stripe design is what makes the colors of a jersey work. The placement, thickness, and amount of stripes have to be aesthetically pleasing to the eye. The first four years of the Reebok Edge era were times of experiment for most teams but after those initial years it became quite apparent that the stripe designs that look simple and those that have been employed by teams for decades still remain the best aesthetically. The Ottawa Senators current third jersey is a prime example of what classic stripe design can do. The current Tampa Bay Lightning third is a hodgepodge of stripes and elements that just does not look good when put together. What kind of striping could the Panthers use? So far in their history they have not tried to push the envelope and have remained fairly conservative in regards to striping. My take is to do as Ottawa did and take the design of the Silver Seven Senators and modernize it. The original striping the Cats employed with their CCM uniforms on the tail, with the small stripes leading to a large solid one, could be reused slightly and give the team a simple yet classic look. The shoulder stripes are a design element that could be used too but the Cats have not gone without a shoulder stripe or yolk so maybe they could try a third sans stripe to see how it looks.

For purely speculative purposes I designed a jersey with these elements I suggested and will post them here so that those reading can get an idea of what could be done. 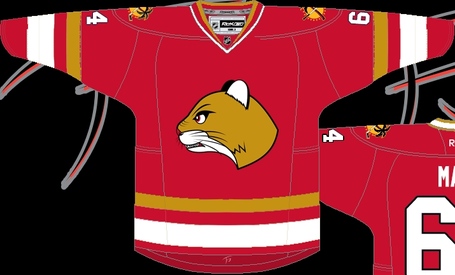 The final elements are the logos. Logos, especially the crest, are the most prominent element of a hockey jersey. Logos can make or break a jersey design, the Happy Cat once again comes to mind with the Burger King, Wild Wing, and Mooterus being the poster children for bad crest design. In fact if you look at the Wild Wing jersey next to the Cats originals they are almost the same striping but Wild Wing just was too Disney for NHL fans to handle past the Mighty Ducks movies and cartoon show. Crests are very unique and third jersey crests are often the hardest to design for since the primary team logo is often not used aside from the home and road jerseys. Some teams use scripts, either the team name or city/region name or both. Currently both New York teams, Minnesota, Colorado and Tampa Bay use it with only Tampa Bay deviating from the norm by using the team nickname. Other teams go retro or a modern retro update with their third crest as seen in Boston, Calgary, Ottawa, Pittsburgh, Toronto, Vancouver, and Washington. There are teams that simply use a secondary logo that has always been part of their logo sets like in Anaheim, Carolina and San Jose with Florida’s CCM third jerseys doing so by simply using the Panther breaking a stick logo. Finally there are teams that create an entirely new logo for the third as currently seen in Columbus, Phoenix and St. Louis. The shoulder logo is an element that is also important but is also like shoulder stripes in that they can be optional in their use.

From a crest perspective what should the Cats do? They’ve gone the route of creating a retro style circle logo but the design of the Panther was flawed. In fact that circle logo was inspired by a logo the Cats rarely used that mixed the primary’s head in a circle logo over the secondary palm tree, sun and stick logo. 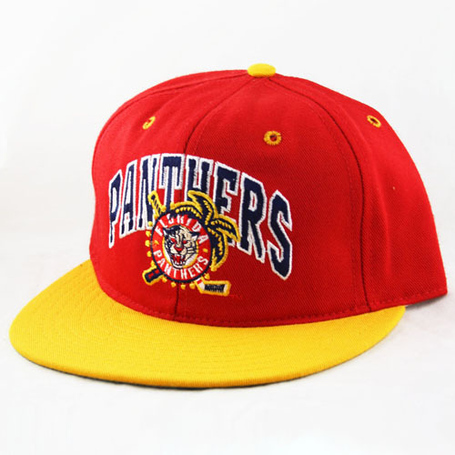 A script as the logo is a conservative, safe approach with only font and placement being the main worries. Just do not think about "CATS" as the script as Ottawa fans will tell you how great "SENS" worked out. Some have suggested using the palm tree, stick and sun as the crest but too me and probably to the original designer and the franchise that logo was never meant to be a crest and is solely a shoulder logo. An entirely new design is tough to create but if done right be beloved amongst fans as seen in New York with the Lady Liberty thirds. Using history is tough due to South Florida’s relative lack of historical events and landmarks are also tough to use since the Panthers location name is a regional name and not a city name like Miami. Playing on elements of the region such as the sun or palm trees could be a way to go. Finally using the Panther but from a different perspective is the only other route. Currently in the Den of Honor inside the BB&T Center is a display that shows the original artist designs for the Panthers logos. I rendered that myself and added a sun and stick in an homage to the defunct WHA Miami Screaming Eagles and their logo. This is purely indicative of a direction that could be taken in crest design. 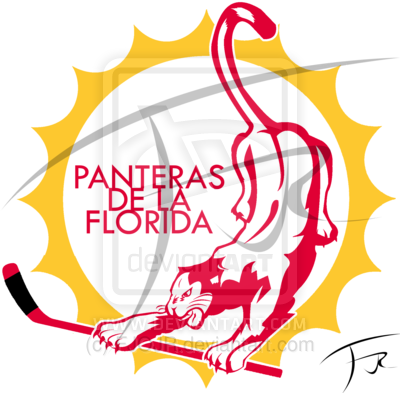 The Florida Panthers are going to enter their 20th season and have done pretty well in having uniform sets that have lasted a while in terms of how they are designed. The third jersey introduced in 2009 changed that however and its failure as a third jersey has made Panthers fans and hopefully the franchise think about what they can do next for a third and be careful in their design. The colors must work well together and new colors introduced must not compromise the identity of the franchise. The stripes must break up the solid primary jersey color in an aesthetically pleasing way. Finally the logos used as the crest and/or the shoulder logos must represent the franchise namesake and/or region/city through a design that artistically expresses that. The Florida Panthers have a golden opportunity to make a third jersey that every Cats fan and player can be proud to wear. And who know, maybe it could be so good that it could replace the Leaping Cat designs and signify the ushering of a new, successful era for South Florida hockey.

Which element to you is the most crucial in creating a good third jersey?